I’ve finally managed to get myself back to the fencing salle. Oh. Did I never mention that I fence? Not well. But better Tuesday than I did last week. And better last week than over the summer (which was not at all, which equals ‘horribly’). I tried, and failed to qualify for the summer nationals held right here in San Jose in July, and I haven’t really fenced since those qualifiers in the spring. 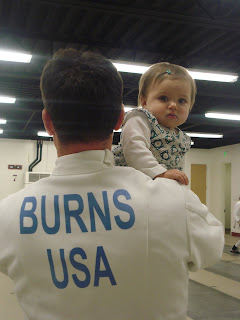 I had a coach in San Diego who would drive this lesson home in spectacular fashion. He would tell the story of a fencing tournament he entered in college, back in the late 50’s. His team was fantastic, and his coach scouted their NYU opponents pretty thoroughly. So he knew who he’d be going up against and how to exploit his weaknesses, what to be wary of, and generally how good he needed to be. But at the last minute there was a roster change and a newcomer, an unknown, a young skinny kid he knew nothing about stepped up on the strip against him. And my coach got beaten. He lost a bout he was supposed to have won easily, and he was knocked out of the tournament. It was so humiliating and embarrassing for him that he never forgot that punk kid, and his hatred for him, and his warning against being comfortable in assumptions was passed down to his students with the name whispered, never uttered with a full breath…

And now my fencing is all mixed up with Neil Diamond. I secretly want to be Neil Diamond. Not the singing Anti-Christ (as Emily calls him); but the dark horse epee fencer who breezes into a tournament, unknown and unheralded, and takes down some arrogant snot.

And then I’ll give it all up for a singing career.