So, here is the Final Chapter in my "Feeling Raw Because of Facebook" series. Is it a series? Does three make a series? It’s a trilogy, at least. Anyway, here, another guest post by ME so that I don’t have to write anything new.

She "friended" me out of the blue. I had never expected her to have a Facebook account. Surprised, but delighted, I "confirmed" that she was indeed my friend. Curious, I opened her profile, and there next to "Relationship Status" it declared that she was married.

We had met in a chat room when we, and the internet, were all still teenagers. She went by the name "kittycat", a very enticing name for the adolescent I was; I was "Soltan", because I was reading L. Ron Hubbard’s Mission: Earth series at the time and the hero’s name, "Jet", was already taken on the network we were logged in to; so I was the villain.

Our conversations were innocent, and friendly, and flirtatious, and eventually not-so innocent. And we built a friendship with not only each other but with many of the other regulars in that particular chatroom, on that particular network, during those particular months.

Eventually we were an online "couple", sending each other private messages more often than not even when we were logged in to the public board. And we were online so often that the channel owner empowered us as channel operators (just enough power to go to our heads; we kicked a lot of people out of the room for being trolls). And there were other online couples that we could relate to: Bernie and Emma, separated by the breadth of Australia, were always online when we were (apparently our sleeping schedules were reversed).

Eventually we met in person, and it was electric. She came to me over a Spring Break and I fell in love. No. I was already in love. I was in love with her before I ever saw the picture that she eventually sent to me in the mail.

Her visit was brief. Only a few days in a March that I will never forget. When I said goodbye to her at the airport I didn’t think I’d ever seen her again. How could I? The distance was too great, our lives were too fluid. She lived in a different country, and about as far away from me as possible without crossing an ocean.

Spring Break always reminds me of that incredible time we spent together. And seeing her on my "friends" list on Facebook just makes me smile.

12 years after we met I clicked on her profile, and there, next to "Relationship Status" it declared that she was married. 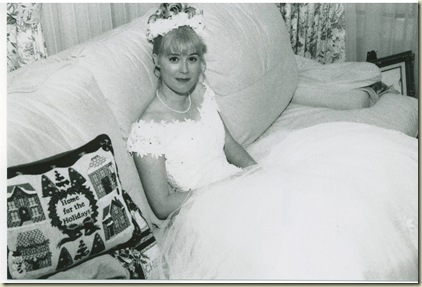