After a week of teasing, slow contractions, Adrian arrived with sudden and surprising alacrity. There is a long story about Emily’s induction being pushed back and back and back and the room being unavailable, then available, then unavailable, and finally available for good. The story also introduces Backpacking Dad’s delivery room snack regimen, the Irish nurse from Belfast, the room next door to the one Erin was delivered in, and lots of Gordon Ramsay’s Kitchen Nightmares streaming over the free wifi the hospital offered.

But I won’t tell that story. I keep looking for something funny and all I end up with is something amazing. 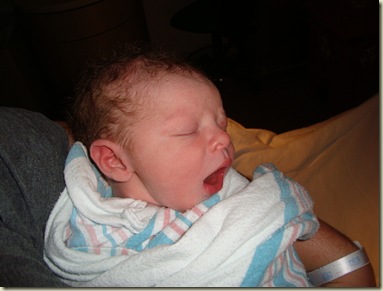 My son, Adrian Cashel Burns, was born at 8:44pm on May 16th, 2009. He was over a pound heavier than his sister, but scored lower on his Apgars. His feet and hands were less wrinkled rubber than his sister’s, but so was his head less hairy. And that’s all the comparing I want to do between Adrian and Erin. Erin has been stunning me for two years, and I don’t want to water that down; Adrian has been stunning me for two days, and I don’t want to treat him as Second and only Second. 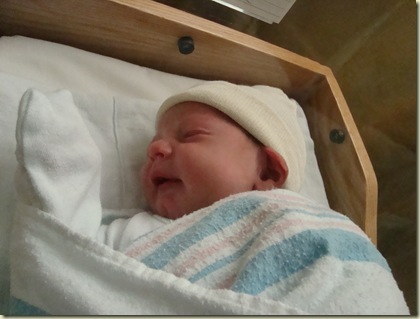 He slept in the crook of my arm for part of his first night in the world. 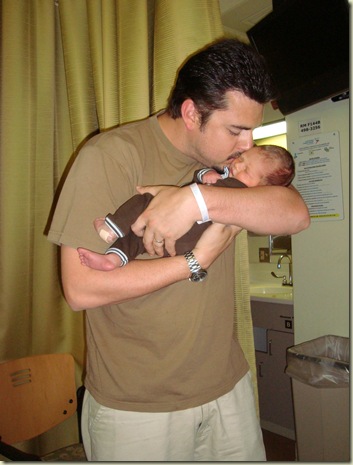 His diapers are so small; his pants are so big. 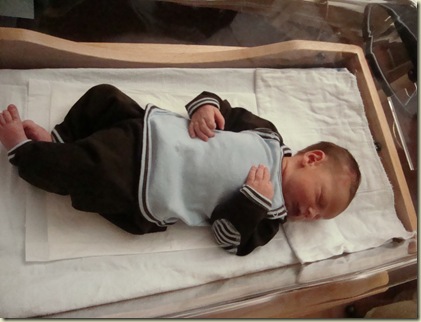 Erin loves him already. She assures us that he’s sleeping, assures him that “It’s okay, Adrian,” and keeps trying to grab his face so she can look at it. 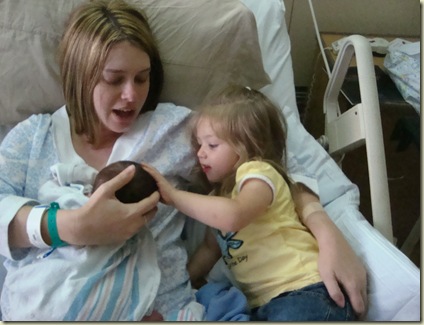 Emily thinks she screamed during labour. She didn’t; not once.

This is my son, Adrian. 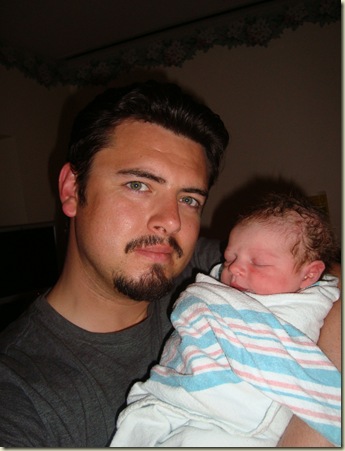