Some days are better than others for the ego. Not that I have much difficulty in the self-esteem department, but even someone with as over-inflated an opinion of himself as me can have his spirits buoyed even higher by the right interactions with people.

First came the e-mail from Carla, @babyjidesign on Twitter, who is a local photographer. She’ll be at BlogHer as a photographer and she was looking for some bloggers to feature on her business cards to demonstrate her work and asked me if I’d like to pose. In other words, I’m so beautiful that I could be a part. time. model. 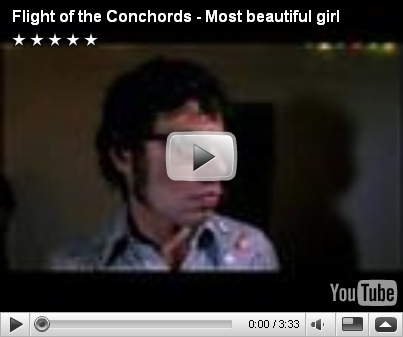 Who turns that down? Not this guy. Not this guy whose Smurf name would be Vanity Smurf if there wasn’t already a Vanity Smurf and so he’ll instead have to settle for Vain-but-Envious Smurf.

Carla took some really fantastic shots of me and Erin, and a bunch of terrific ones of Erin herself. It was a fun shoot out at a park with plenty of “okay, now walk like you’re just walking but turn when I say and look like you’re just being casual” and I was all “I can do that. I can be fake-casual like nobody’s business.” Erin also managed to look fake-casual, although I suppose one might confuse that look for constipation. 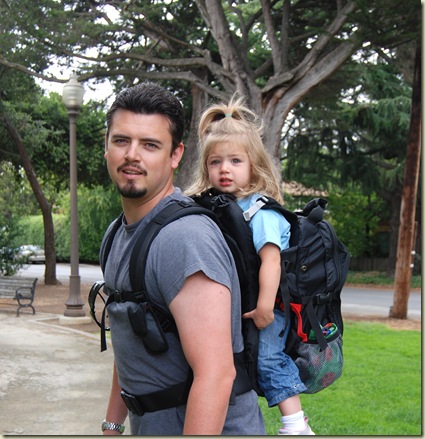 She’s getting pretty big for that backpack. I remember when she was small enough for me to zip up the sides of my Deuter with her legs inside.

The secret to a great photo, I learned, is a ladder. This is my favourite Backpacking Dad photo now: 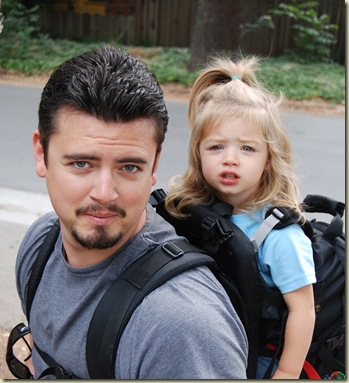 See? You can’t see the innertube around my waist or my neck fat or anything. Carla rules.

Emily and I went to the movies (again, always, and forever going to movies with a baby. We’re very, very good at it) on Monday. After the movie was over Emily went to the restroom to change Adrian’s diaper and I waited in the hallway with the stroller. A pair of lovely older women approached me to get a peek at the baby, who wasn’t there. They gushed a bit about being grandparents and great-grand-parents and then they walked away. One of them came back a few moments later:

“Uh, well, that depends on if they like me or not I suppose.”

“Yes! That’s it. That’s just what we were saying. Something about the eyes!” 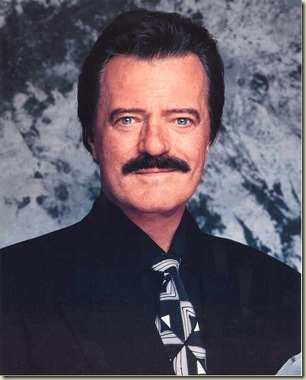 I can only hope they had the younger Goulet in mind. The Goulet who was hot when they were hot. 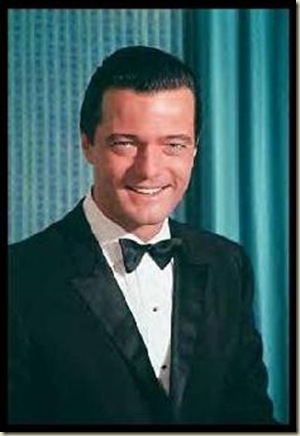 I’m choosing to believe this is what she meant. Not bad. And hey! I have that outfit. 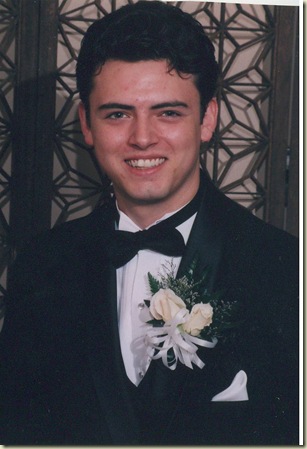 Although mine looks way sweeter with the corsage on my lapel. Yes, that’s a corsage. I was pinned with the wrong accoutrement when I arrived for my wedding. It snuck into a few photos before the bouttoniere was found to replace it.

Emily arrived during the Robert Goulet remark and the ladies cooed appropriately over Adrian. I noticed that he was missing a sock and went back into the theater to find it. When I returned the old ladies were gone, but another woman had approached Emily.

“I was just telling your wife that I’d overheard the Robert Goulet comment. How could you be expected to know what he looked like when he was younger? Anyway, I was saying that you look like someone else entirely.”

Ah, who will it be, I wonder. Robert the Bruce? That’s one I’ve gotten before. I basically look like everyone with a goatee. 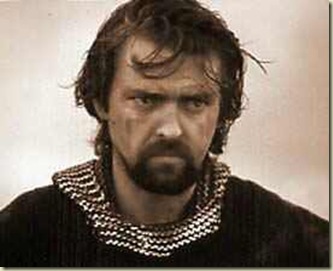 No, it was the one people offer up if they like me: Leonardo DiCaprio 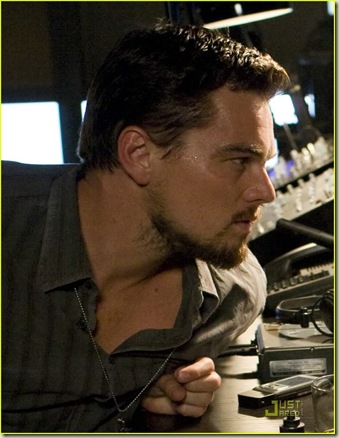 However, I’d like to point out that I was rockin’ the facial hair long before he was.

So, that’s how my ego-inflating weekend was. I’m off to star in my next Hollywood blockbuster: Backpacking Dad Is On A Boat. 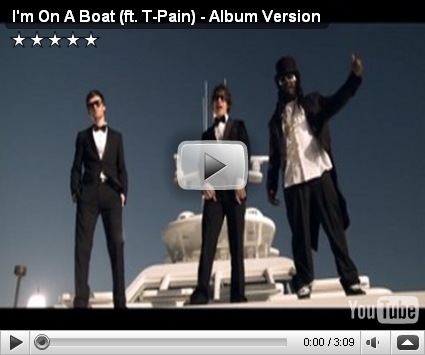