A pan that is too hot.

Shrimp stock with too much pepper.

Take a big handful of deveined and peeled raw shrimp and just throw them in a blender. Blend until they turn into a sticky mess while assuring yourself that you are just chopping them up a little. Add some other ingredients, like an egg, green onions, salt, hot sauce, and garlic. Blend some more, this time convincing yourself that you are actually reconstituting that sticky mess into chunks of shrimp. 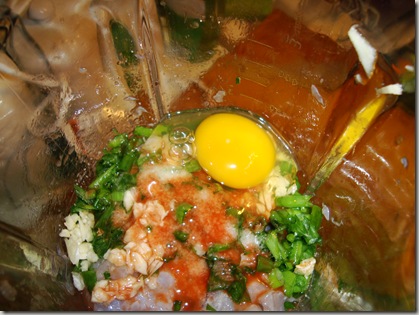 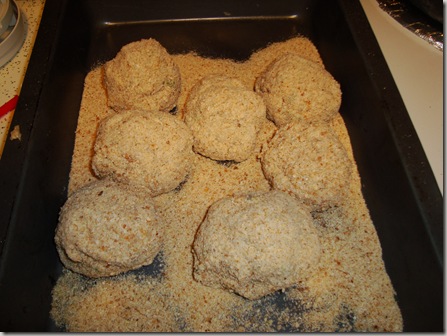 Stare at your doom.

While the blending and chopping and rolling is going on be sure to have added some water to your shrimp trash and tossed in some carrots and onions and started a boil. 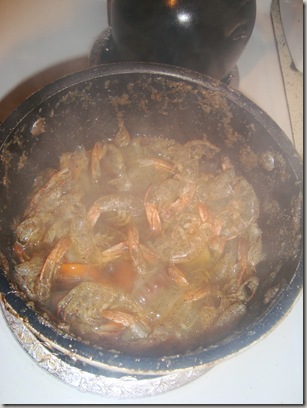 This next step is very important: season your shrimp stock. Now, I apparently prefer to add so much pepper that it basically becomes inedible and I have to throw it out, but to each his own. Make sure you overboil to the point of foaming so that all of the seasoning except for the pepper ends up in a ring around the rim of the pot.

Sieve shrimp stock so you are only left in possession of the liquid.

Root around in your pantry until you find a can of diced tomatoes. Pour into a sauce pan and begin to heat. Add some of whatever you find in your spice rack. 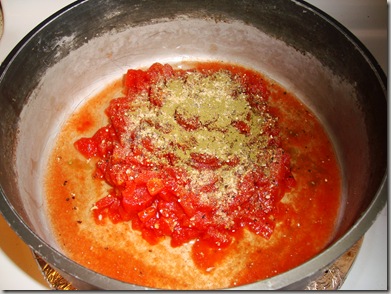 Add so much balsamic vinegar that the beautiful red tomatoes are about to turn brown, and some of that insanely peppery shrimp stock you just made. Boil boil boil, heat heat heat, reduce reduce reduce. The beauty of reducing the sauce is that the already insanely peppery shrimp stock you’ve made will make everything even more peppery and no one will be able to eat it. It’s genius.

While your sauce is cooking you should be heating a pan to a stupidly high heat and adding some peanut oil (or whatever kind of oil you like. I bought a big thing of peanut oil because I thought I was deep-frying French fries but instead I was making shrimp cakes.) Then toss in some golf balls. I’d say about three. Then smush them down a bit with a potato ricer (my spatula was in the dishwasher) and fry until the insides of the shrimp cakes are pink instead of grey, which at the heat you are currently at should be about the time the breadcrumbs have turned nice and black. 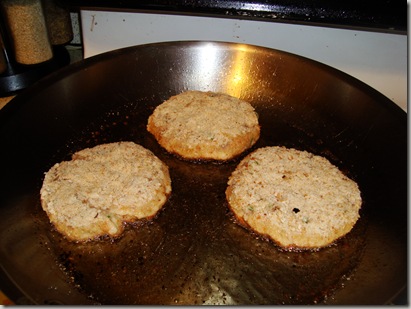 Serve over the pasta with your stupidly hot tomato sauce.

After your wife and daughter have refused to eat any of it save your remaining shrimp cakes (i.e. all of them) in the fridge until you have come to terms with the fact that these are terrible and should not be eaten by any living thing.