I received a package in the mail a while ago that contained probably the world’s greatest Universal EveryTool. The package was from Drew at Eden Fantasys and as befits free products sent from one man to another, the Tool was exactly what you’d have expected. 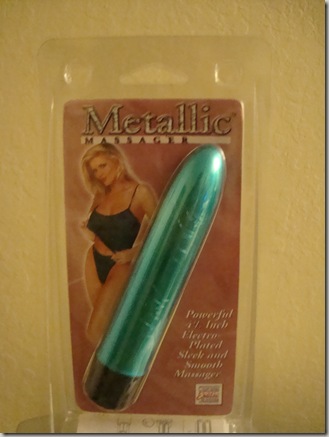 I’d like to take some time to explain precisely why the Universal EveryTool is the most important thing to hit the Males 18-35 demographic since Star Wars was released.

First, as with any product aimed at the male demographic (think cars, motorcycles, cooking magazines), the Universal EveryTool comes packaged with a picture of a half-naked woman right there on the front. Basically, this is the cue that yes, this product has nothing to do with women and will only be of interest to men. Women would never buy a product with a picture of a half-naked them on the packaging.

Second, the Universal EveryTool is metallic. Look, it says “metallic” right there on the packaging. Given a choice between metallic and non-metallic guys will go for metallic every time. What kind of colour should my Hummer be? Gun metal. What kind of paint should we use in the living room? Metallic blue. What kind of cheesecake should we send to uncle Pete in prison? Nail file. Metallic is in with the guys.

Third, the Unviersal EveryTool comes with some pretty sweet custom designs scrolled on the side. 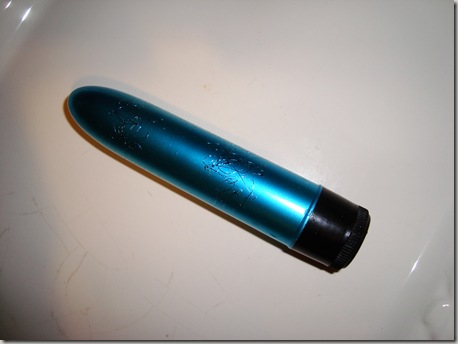 These designs help you identify the Universal EveryTool by touch alone when you’re rooting around in your tool box or kitchen drawer for it in the dark.

Fourth, the Universal EveryTool is easily disassembled for cleaning and storage 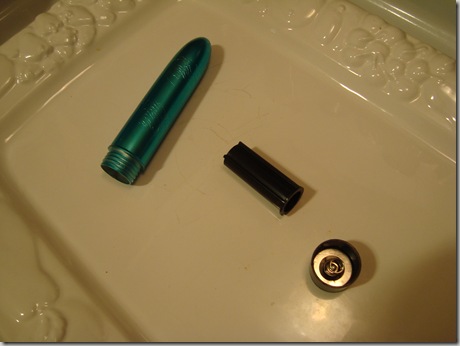 If you really want to test your manliness get four or five Universal EveryTools and throw the parts in a bag, turn out the light, and see if you can assemble them all in the dark. You could do it if you were in the army. Wuss.

Now let’s talk about functionality. The Universal EveryTool comes with several attachments that make it the most versatile tool in your home.

There’s the whisk attachment, which will quickly turn eggs (still in the shell) 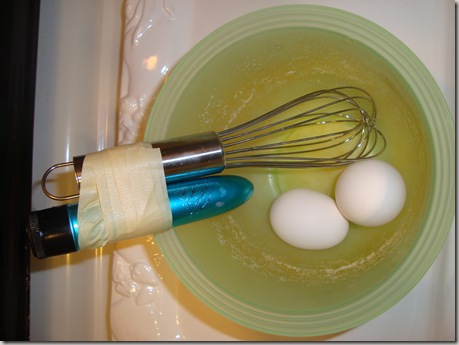 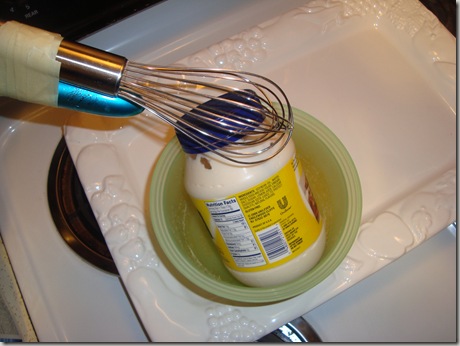 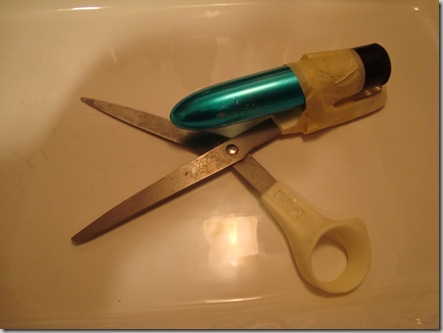 that can easily cut this American penny into 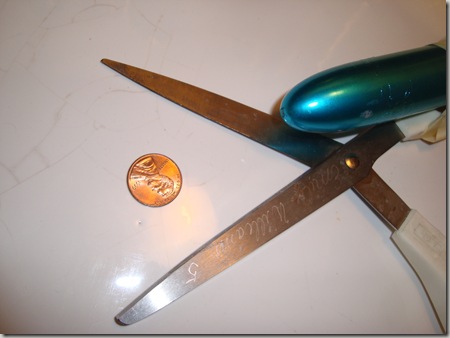 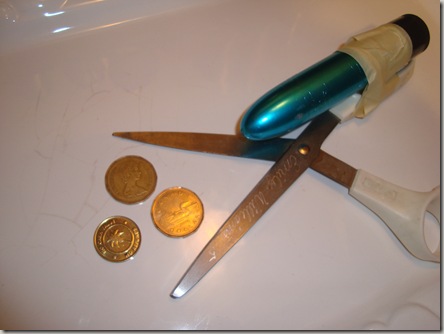 Use the bottle-washer attachment 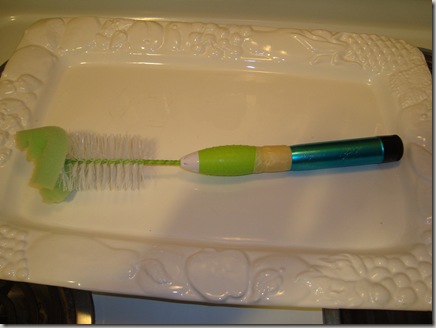 to get your plastic pumpkins sparkly clean 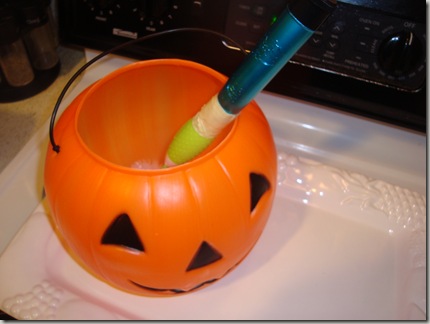 and filled with candy! 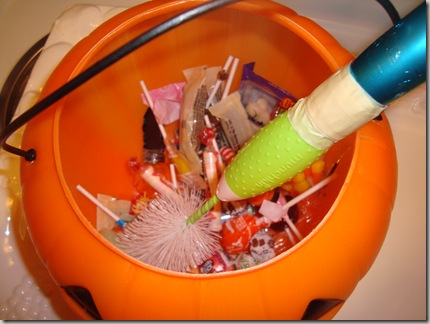 Keep your Universal EveryTool handy by storing it with your spices. It will certainly “spice up” your domestic life. It also doubles as a spice grinder, so never worry about biting into a whole clove or peppercorn again! 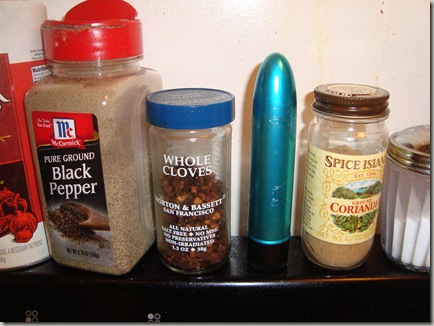 “This is all well and good, Backpacking Dad, but you haven’t shown me that this is a good buy. How do I know the Universal EveryTool will be able to handle the extreme uses to which I’ll put it?”

Well, I’m glad you asked that question. I put the Universal EveryTool through the toughest stress test I could think of: 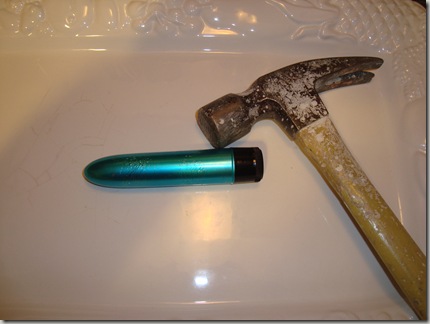 Surprisingly, the Universal EveryTool withstood the hammer for many blows. It is blow-resistant. Raining blows upon it has no effect. It is not responsive to blows. With a hammer. 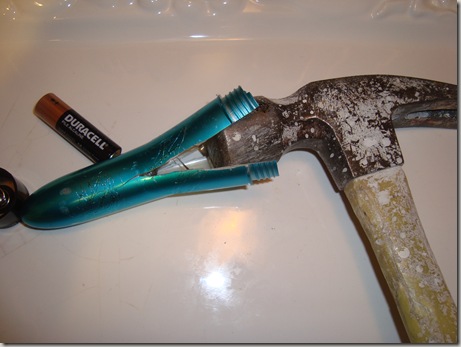 But most people, I think, would agree that this is the wrong way to use the Universal EveryTool anyway, so in ordinary usage I doubt this kind of stress would ever be applied to it.

In short, I highly recommend the Universal EveryTool to every man on your list this holiday season. It is well-rounded, functional, and durable. But, as is the case with the other tools in your toolbox, make sure to keep the ladies away from it. They wouldn’t know what to do with it and would probably hurt themselves with it and then you’d have to deal with the screaming and moaning about the Universal EveryTool instead of being able to use it in peace in the way the manufacturer intended. 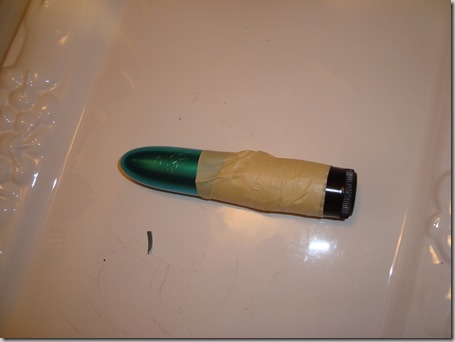 Thanks again Drew. You have a great product for sale there at Eden Fantasys (that’s a weird title for a hardware store, by the way).

(Editor’s Note: Battery and masking tape not included in the basic Universal EveryTool set. Purchase the “HandyMan Set” for the full range of accessories.)