I finally figured out that my little point-and-shoot camera is capable of taking those cool pictures where the subject is all in focus and the background is all fuzzy. It’s only been two years. This just shows that it’s the photographer, not the camera, that takes the pictures.

And then I spent the day intending to take pictures of Erin but instead taking pictures of funnel cake. 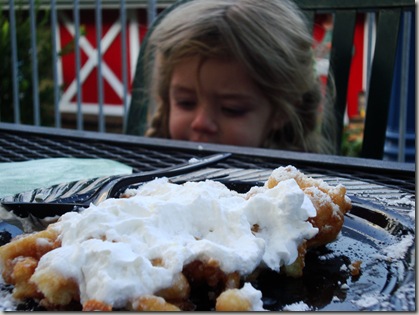 While Emily’s mom was in town a couple of weeks ago we decided to take the kids down to Gilroy Gardens. We’d never been before, and after the run-down cheese-tasticness of Oakland’s Children’s Fairyland we didn’t have very high hopes for children’s amusement parks not run by companies named Disney. This post isn’t really about Gilroy Gardens. It’s about me finally figuring out how my camera works because I’m a genius. And I like captioning photos.

We told Erin we were going to Gilroy Gardens and she was nonplussed: 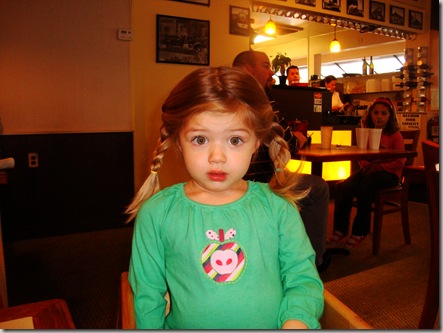 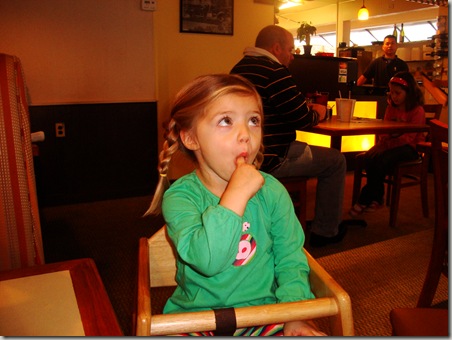 She is a bit Disney-spoiled, and that’s okay with us, because Disneyland is the best place in the world. Did you know that someone you know proposed to someone at Disneyland? 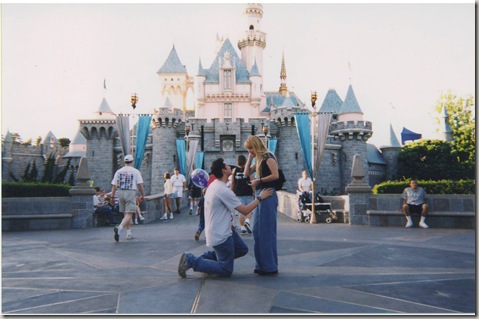 And Gilroy Gardens is a garden. How amusing could it be?

Walking in the entry I was actually impressed by the care taken to keep it maintained. This was no grungy tourist trap. 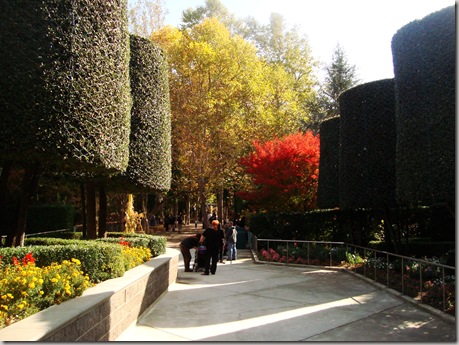 Erin, as usual, thought it was great just to be able to run wherever the hell she wanted. 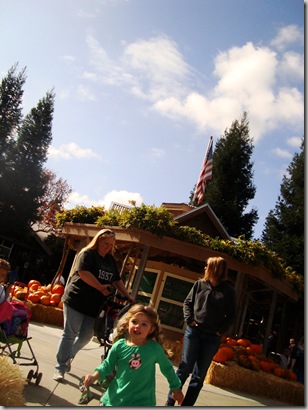 There were a good number of rides for kids Erin’s age, or slightly older. 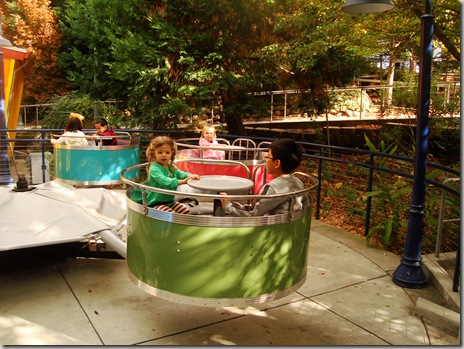 And a flying goldfish ride! 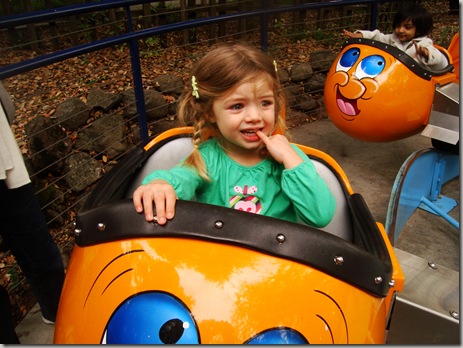 It was fall in Gilroy, and everywhere north of the equator. Fall means bale mazes. 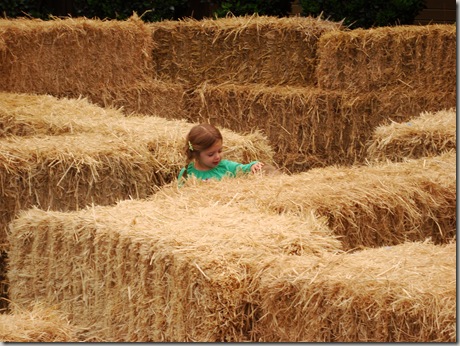 And look: the Toddler Mind-Meld. 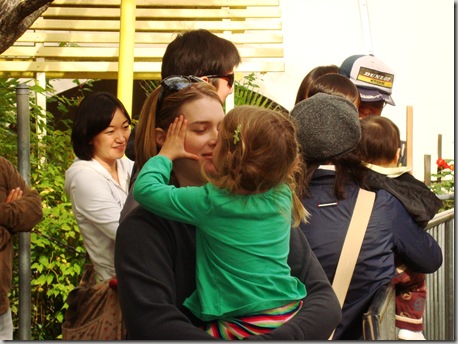 Erin also enjoyed all of the many opportunities to sit around. 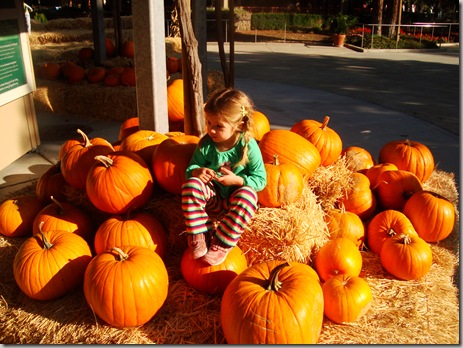 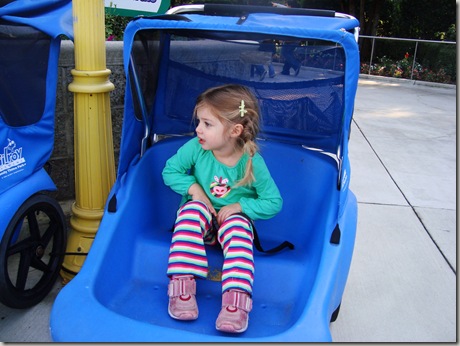 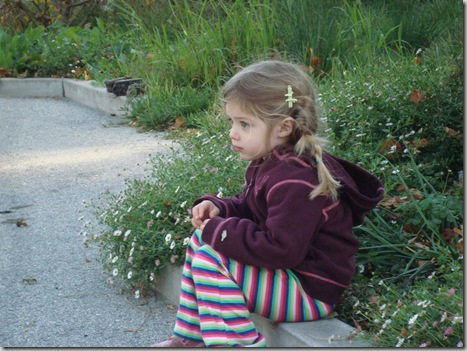 Erin and I went out on the swan boats. Now, imagine you are in a swan boat with someone ten times your own weight: what might the motion of the swan look like? If you answered: “Not an ambiturner.” you’d be correct. It took us twenty minutes to go ten feet, because we could only turn left. 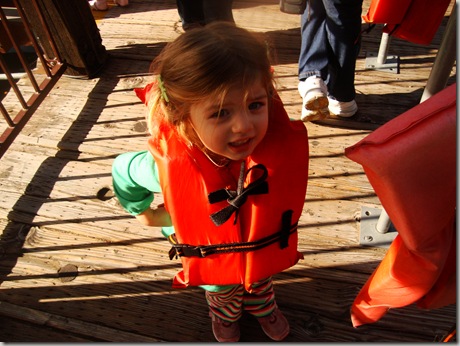 It was easy to give up and just let her jump in the hay. Bath time was a-comin’.

Hey look! An amazingly cute baby! Oh yeah, Adrian came with us too.

I mentioned that it is called “Gilroy Gardens”, yes? Yes. And so I took a bunch of pictures of nature and junk. 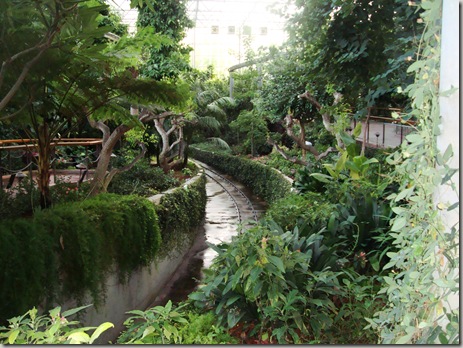 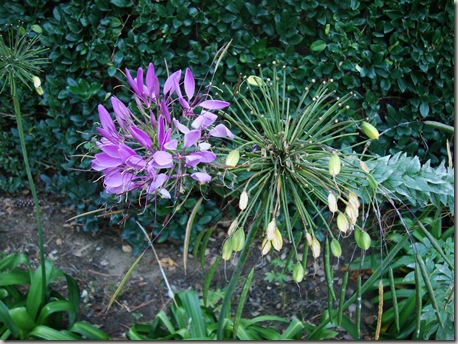 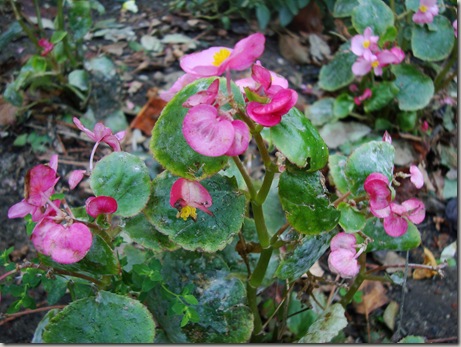 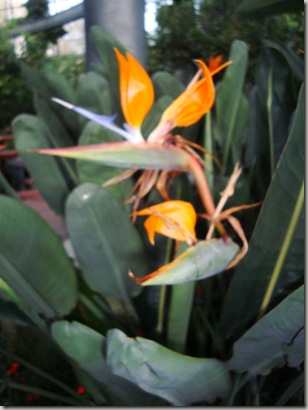 It wasn’t always an amusement park. Once upon a time it was just the place where this guy transplanted the “circus trees”. 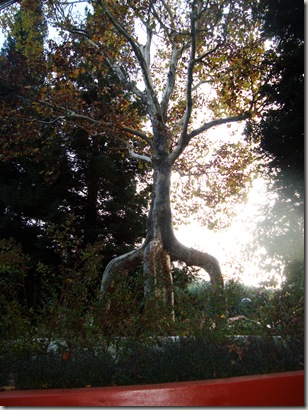 It was a bit of a drive down to Gilroy that Saturday morning. But we were very pleasantly surprised by both the upkeep of the park, the variety of things to do even for toddlers, and what appeared to be a pretty decent selection of food (more than just fair, fried food, stalls). It’s not Disneyland, but it’s not bad.

I doubt we’d have gone if we had to pay the full $30 admission, though. That number is getting up there toward Disney dollars, and if Mickey isn’t wandering around that’s just too much cash to shell out for a preschooler amusement park. Thankfully, we had a pretty good coupon ($9.99 per adult) and there seem to be coupons available for reduced admission fairly often.

One more. Then you can go.