Erin has very long, gorgeous hair and I’m assured by someone who knows better than I that long hair requires cutting to keep it healthy. It makes no sense to me, but then the longest my hair has ever been was the total mop I had in 1990: it was like a double mullet: party in the front, party in the back, no girls to be seen within a mile of me. But even at my most shagtastic I was never educated about caring for long hair. Apparently there’s a thing called “split ends” that, well, okay, I still don’t understand very well, but it seems like something that, if it happens to you, you are basically going to go bald. You might as well shave your head if you get split ends.

Or so I’m assured.

Anyway, split ends being a problem, routine hair cutting of long hair is a necessity. I’m actually right on board with this, even though it seems very counterintuitive: surely if you want long hair you should just let it grow and grow and grow until you can wrap it around yourself like a blanket. Hermits do that kind of thing all the time.

Adrian, however, barely has hair. Emily, I mean someone, insisted that it was getting shaggy. I don’t know how this is possible. But, again, I admit that I’m not the best judge of these things: before she gave up trying to get me to play along Emily used to wait to see if I noticed how much shorter her hair was after getting it cut. I never did. So maybe I’m just hair blind.

We took the kids to a place in Palo Alto called Snipets, which is not the most expensive place I’ve ever gone to pay for a haircut, but that’s only because I’ve been to The Man Spa. The place is manic, like a cartoon threw up in it, but it seems to work for the kids. 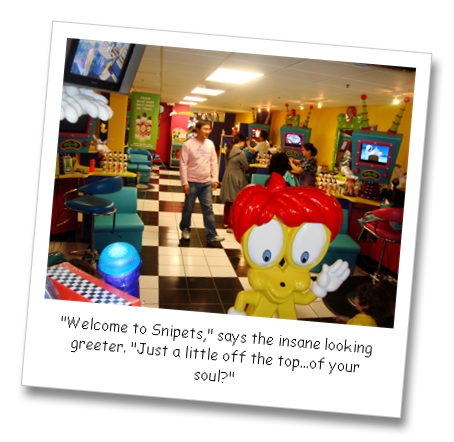 Adrian was the first in the chair. He was a bastion of composure and smooth moves. 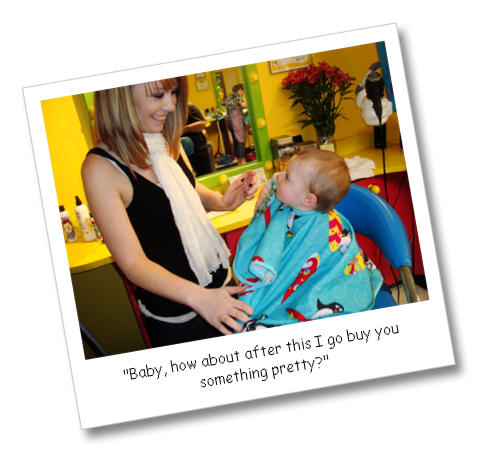 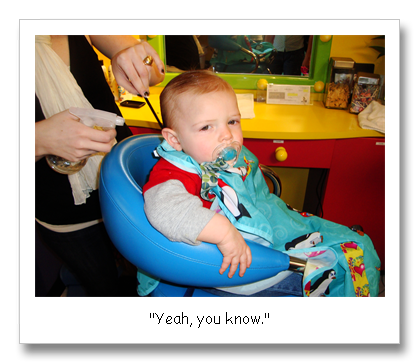 But Adrian’s composure was gone the second the scissors came out. I maintain that this look means “I only have four hairs and you want to cut them?” 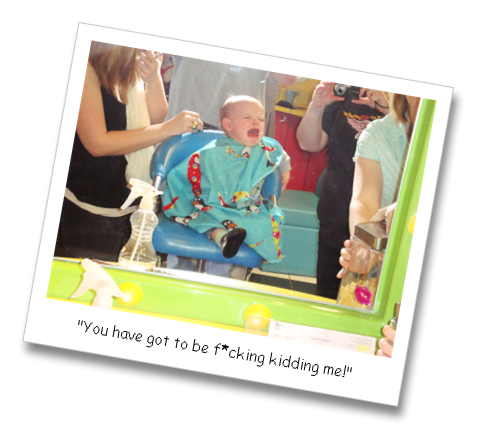 It was over soon enough, and Adrian regained his cool. Emily gushed over how handsome he now looked. 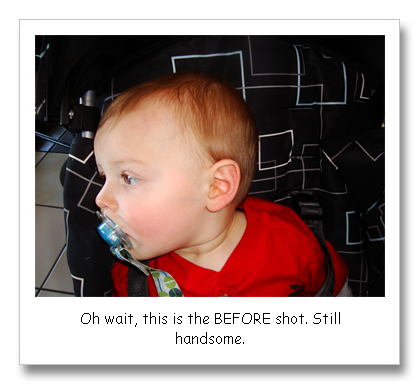 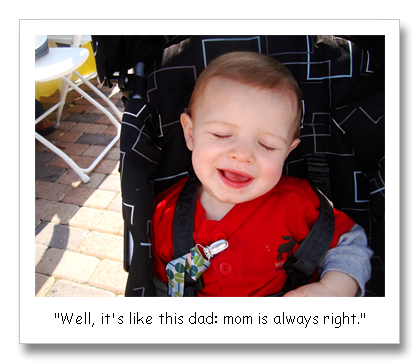 Erin took to getting her hair cut like it was just a chance to sit around and watch Ratatouille, which it was. (They have TVs at all the cutting stations, see, and so the stylist put Ratatouille on for Erin, so that’s why I say Erin took to it like it was a chance to….I’m over-explaining myself here, aren’t I?) 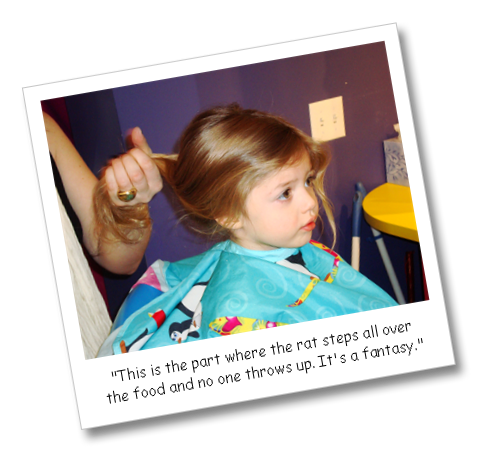 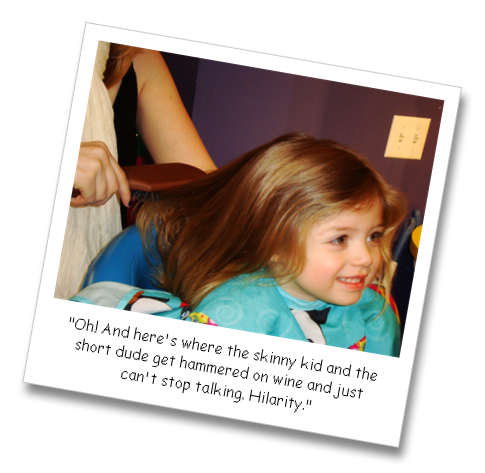 So, how do you finish the first haircut of a young girl’s life? With a pink bow and some candy. 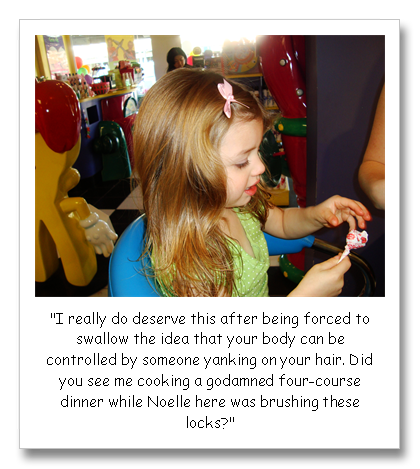 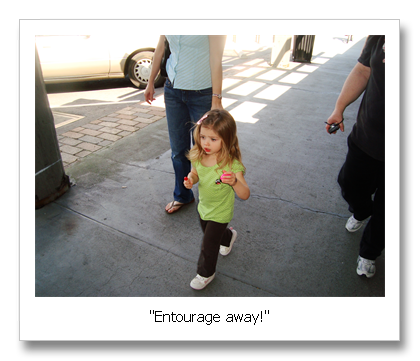 I think Erin has a very bright future in a career that involves making enough money to get a hair cut. Adrian had better hope we just let him grow his hair out, hermit-style, from now on.

And the split ends be damned.