So, looking through some old pictures I found what I believe to be the very first version of Backpacking Dad. It’s like an origin story in a summer blockbuster based on a superhero comic but with more straps and fewer explosions. 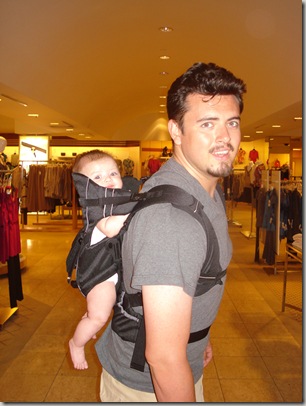 That was the first and only time I wore the harness. I think it’s a Snugli. I felt ridiculous; I felt like Erin felt ridiculous and uncomfortable and she couldn’t see anything and I couldn’t get to her easily or even carry anything else except for her.

So I upgraded to the Deuter Kangakids: 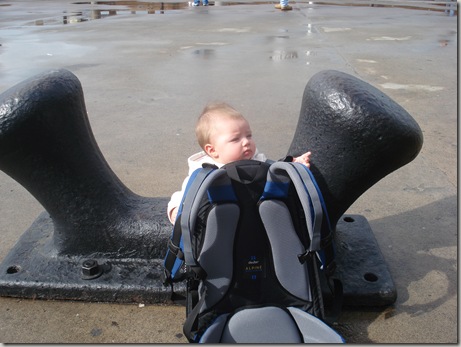 We lasted quite a while in that pack, and it was easy for Erin to sleep in. But what that model didn’t have going for it was a high strap load limit. I think Deuter has increased it since the model I bought, but at the time I just went with a different pack: a Kelty Kid Carrier. 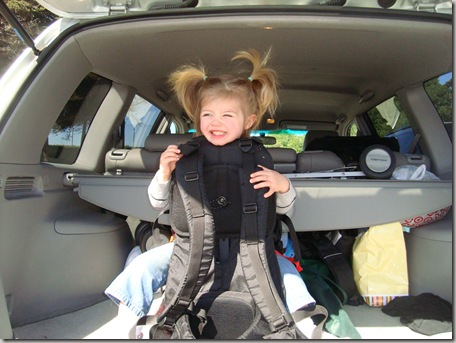 I carried Erin in the Kelty until the summer of 2009, so nearly two years after I first strapped her to my back. She was getting pretty heavy toward the end, though, and very tall. 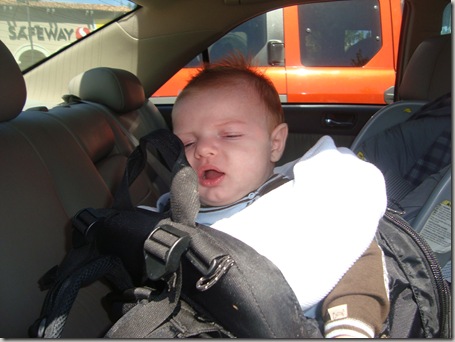 (still my preferred pack, especially for younger babies because it’s easier to sleep in it without the head lolling all the way out the side) to the Kelty just as his sister did before him. 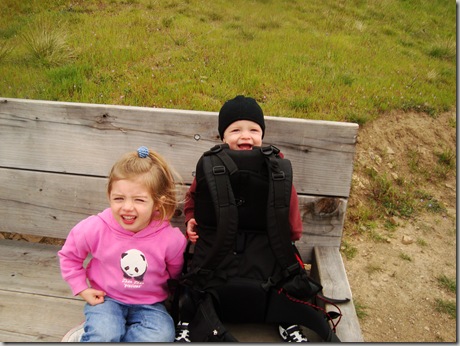 And Erin has gone from being carried around the zoo to doing four-hour hikes on her own two feet.

Really, although Backpacking Dad had a prequel, he is in his entirety just a prequel to “Erin and Adrian: The World’s Cutest Hikers”. You know that 13 year old who just climbed Everest or something? Well, not to be outdone, Erin’s going to Mars, and Adrian’s going to the center of the Earth.

And that’s just in the first movie. The sequel will have a Burns-mobile that jumps mountains.

10 thoughts on “The Backpacking Dad Prequel”