“Let’s go to the beach,” Emily said. So we went, out the door to Santa Cruz.

Driving down highway 17 through San Jose traffic stopped just before the junction with highway 85.

Driving down the 85 we joined the 101, and paralleled the distant coast.

Driving through the mountains we passed cyclists and overlooks, then stopped at a berry farm just outside of Watsonville, which is not the Artichoke Capital of the World. That honour is Castroville’s. The berry farm sold pies and canning supplies and berries and apple juice and we bought everything but the pie. Then we ate our berries and drank our apple juice and did absolutely nothing with our canning supplies (because what are you going to do with canning supplies when you’re having a picnic?) and let the kids play on old tractors and tiny four-wheelers. 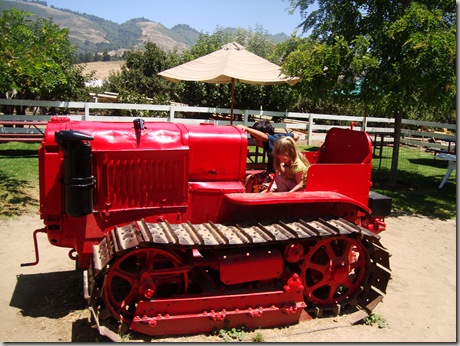 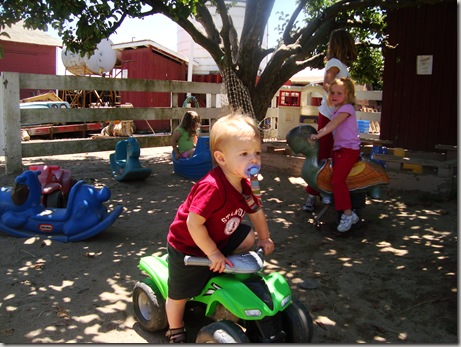 “Let’s go to the beach,” Emily said. So we went, driving out of Watsonville and joining highway 1 as it paralleled the nearby coast.

Driving south on the 1 we were stopped in traffic again, and realized it was beyond lunch time. So we stopped at Moss Landing and had lunch at The Whole Enchilada (rather than The Haute Enchilada, the only other enchilada joint in Moss Landing, but clearly inferior for being snooty).

“Let’s go to the beach,” Emily said. So we drove down highway 1 until we came to Marina State Beach.

And then we went to the beach. 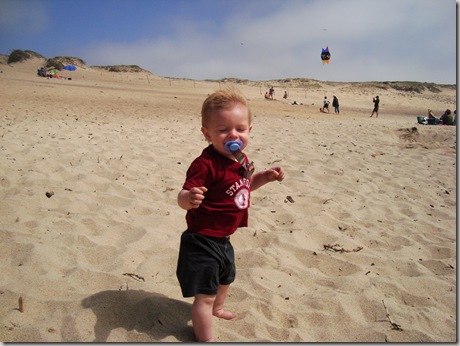 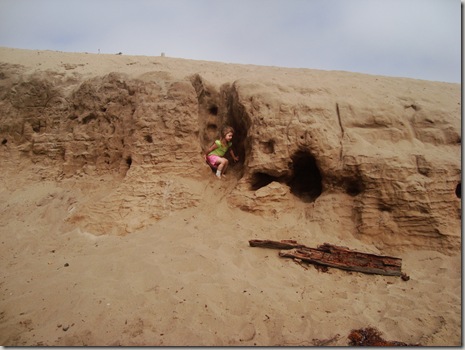 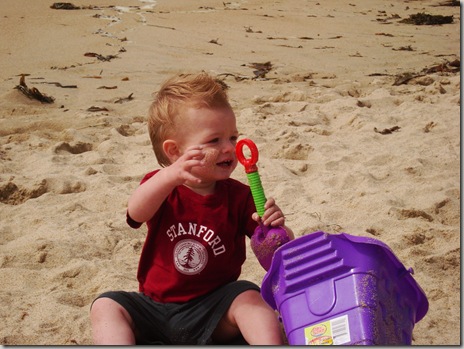 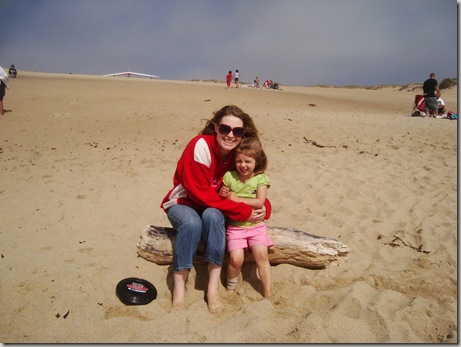 As it turned out, Marina State Beach was less of a swimming beach than it was a hang gliding beach…

The waves at the beach were unpredictable, but getting soaked unexpectedly was fun.

“Let’s go home,” Emily said. So we left the beach and drove with the masses fleeing north. And we passed through Castroville, the Artichoke Capital of the World.