A few years ago my friend Alexei gifted me a first edition of the translated Larousse Gastronomique, the French cooking bible by Prosper Montagné. Alexei was a professional chef for a while, as well as working on a fig farm in the South of France, and it embarrassed him that one of his friends (me) once thought putting cinnamon on tilapia was a good idea. I’ve gotten better. 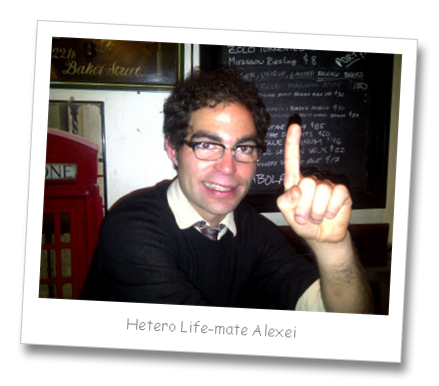 I read a few pages of it every once in a while, and although the cooking instructions offered are excellent (if a little inexact for someone like me who would like to know what temperature to set the oven at (not really an oversight of the author, really, since it was written before ovens had temperature dials)) it is the anecdotes, stories, and historical revelations woven throughout that make this book priceless.

I was trying to learn how to roast a pork tenderloin last night (something I “know” how to do but still, I thought I’d see if the Larousse had any insight, which it did: salt, bay leaf, and powdered thyme as a rub for a few hours before cooking) when I saw the entry for Black Pudding.

Here’s what Prosper has to say about Black Pudding:

“A large sausage made of pig’s blood and suet enclosed in an intestine.

According to some historians, black pudding, as we know it today, is one of the few Assyrian dishes which have come down to us still greatly resembling those made by the pork butchers of Tyre, who, it is said, excelled in this type of preparation.”

Propser goes on to say that black pudding is a traditional French Christmas dish, served after the Christmas midnight mass.

Before going on to provide some variations on recipes for black pudding, Prosper offers his reader the delight of a recipe in poem form, quoting “cook and poet” Achille Ozanne:

Toss them in an equal amount of fat on a low fire,

Stirring them, until they are a beautiful golden colour,

And their fragrance pervades all round…

Blend them with blood then season well with

Salt, pepper, nutmeg, and the spices;

A glass of brandy and then you stuff the mixture

Into a pig’s intestine, one end of which

Has previously been sealed. As soon as this is filled,

Tie up the other end and into simmering water

Plunge the black pudding! Once this is done,

You give them twenty minutes, and drain.”

The translation makes me laugh.

But look at how simple the instructions are! Cook some minced onions, mix in the blood, add some spices, add some brandy, stuff into a pig intestine and then boil! That’s so simple! (Also, look at how short my poem would have been. I am not a poet cook.)

So, who is going to be enjoying some Black Pudding this Christmas? 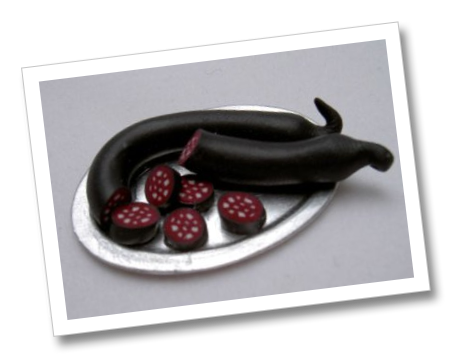 You know you want to. It’s for Jesus.