In the summer of 2006 I took my father to Ireland. He’s a Montreal-Irishman, son to that classic clan who can be seen running wild in Duddy Kravitz’s St. Urbain Street. Romantically Irish, as the Irish are, he deserved to go to the Old Country. So we packed bags and flew across the ocean.

I shaved my goatee for the week. It was that special. 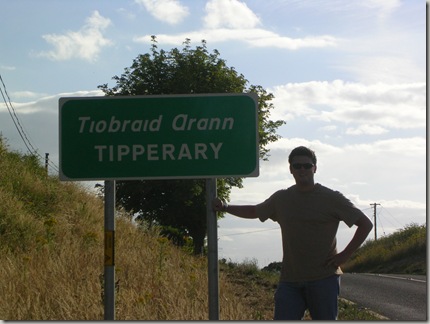 Our family is from Tipperary, a long time ago. We knew little about their actual stomping grounds, but found many mentions of one branch of the family in Cashel, home of the Rock. 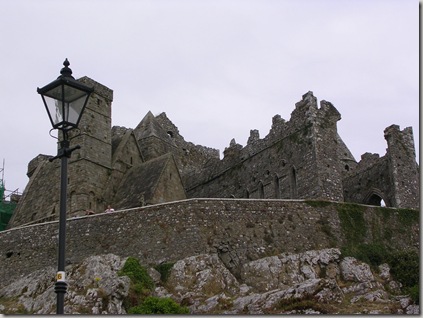 We knew before making the trip that we’d find headstones with our family name scattered around the Rock, and an old, broken monument to one son. We spent a lot of time climbing around the castle, wandering through Cashel, and playing golf on a hill overlooking the ruins.

We also found a bed and breakfast on a sheep farm just outside of Cashel that had been in the family a century ago. Seeing our connections to the area while we planned the trip convinced us that Cashel was where we wanted to stay, in that old farmhouse. It was owned by an elderly couple: she ran the B&B while he ran the farm, with the help of his sheepdogs. 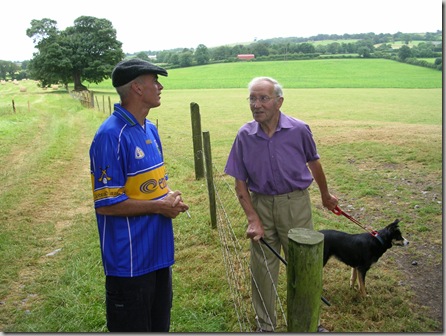 My father learned a little about hurling, the Irish sport, not the Irish pastime (har har), and spent much of the trip in a blue and gold Tipperary hurling jersey. 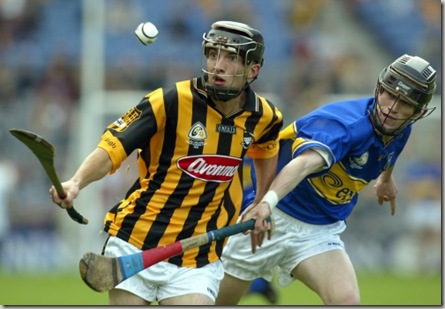 I kissed the Blarney Stone… 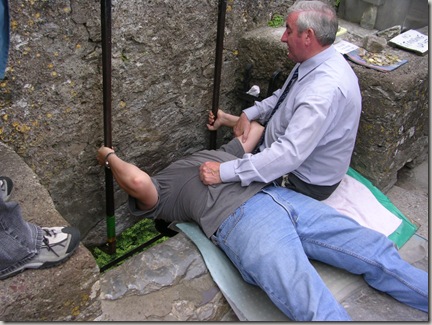 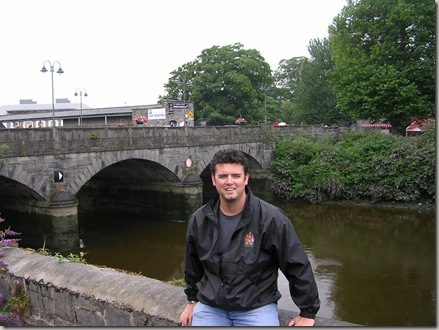 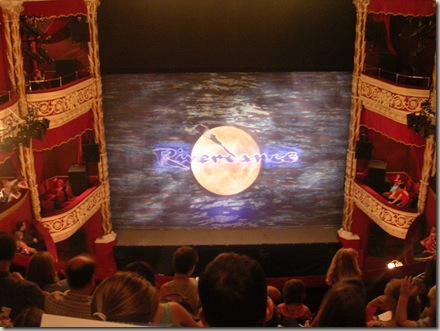 …and took in show at the last summer of Jury’s Irish Cabaret before Jury’s was renovated and the show sent on the road. 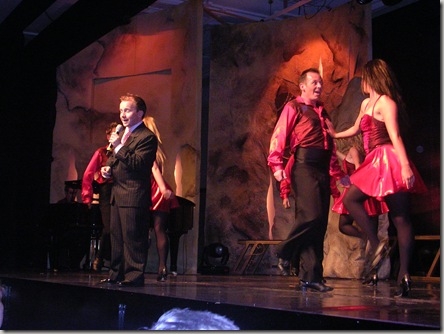 We sat in pubs and listened to musicians, we drove on narrow, winding, rock lined roads throughout the countryside. We got happily lost in the Glen of Aherlow.

One night, sitting in a Cashel pub while an old local sang “Down By the Sally Gardens”, backed by the house band, my father turned to me and confessed: “We’re having another baby.” He had remarried, and already had a daughter, six at the time of the trip. Now I would have three sisters, altogether.

Because of that trip, he gave his newest daughter “Erin” as a middle name. And my own daughter, born nine months after I returned with shamrock blood and a Celtic spirit, is also Erin.

P.S. I started growing the goatee back toward the end of the trip, so Emily wouldn’t kick my ass too badly when I go home. How’s scruff look on me? Yeah, I thought so. I’m never shaving again. 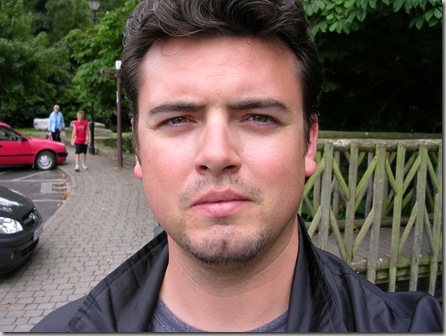 12 thoughts on “Erin Go Bragh: Ireland is About Family”