I’ve been practicing a lot with my camera during the last week. It’s still not a great camera, and I still don’t have much of an eye for anything, but I can make it do what I want it to do in a lot of cases.

After all of that practice, I present two pictures I took on the go today to see how my instincts were shaping up. 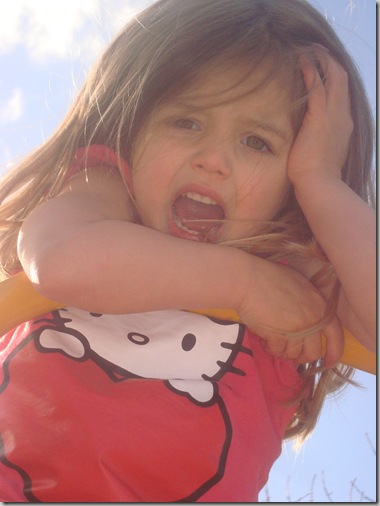 It’s a little bright, but I had the flash on its lowest setting to combat the backlighting from the sky. The sun was still pretty high, and coming in from the upper left. Using the flash on the Sony DSC W-120 allows me to go from shutter speeds of between 1/6s-1/25s all the way up to 1/400s, a speed that is impossible to get with the flash off, no matter how I fiddle with the settings. I needed the shutter to shut quickly because Erin moves fast and I wanted to get her in action, from close up. The result is a little washed out, but it was at least thought through as far as I’m capable of doing so at this stage. 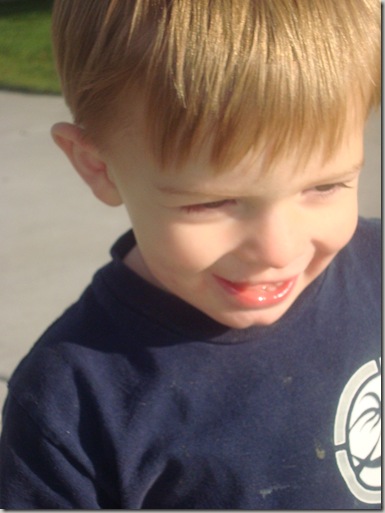 This one is a little disappointing, because at the time I thought I’d managed to get Adrian in sharper focus. But, as with Erin, Adrian moves fast, and even 1/400s shutter speed isn’t going to catch him if I’m also not focused properly. For focus, I’m at the mercy of my camera a little. I can set some distances manually, but not a full range (.5m, 1m, 3m, 7m), or I can tell it “really really close, whatever is really really close” and hope it tracks right. The fastest shutter speed my camera is capable of doesn’t matter a damn if I don’t get the focus distance right.

But still, these pictures, taken deliberately, are light years ahead of what I could do last week. I could manage to collect shots that were as good, or better, but only by accident or luck.

I’m going to get better at this. See you in a thousand pictures.

8 thoughts on “Two Pictures Are Worth A Thousand Other Pictures”