I watched such cooperation, encouragement, and help from my oldest to my youngest today that it stung, shining eyes and sniffles my only possible reaction. I declared my love and pride with hard, clutching hugs, burying my face in Erin’s hair and memorizing her perfection. 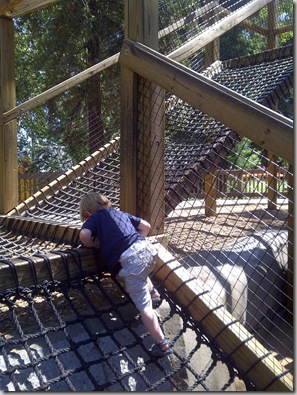 Adrian, ever-following, ever-trailing, ever-mimicking, struggled to climb up a rope web his sister had already scaled without trouble. 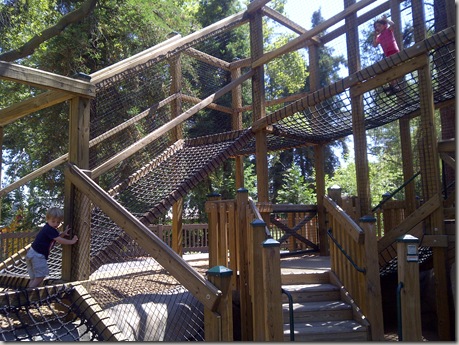 She watched his struggle, saw his trepidation, and began willing him up the rest of the way.

He heard her cheering and it carried him up one section, up another, and onto the third. There, because the web leveled out and was less a ladder than a trap, he stalled. I saw one of the park attendants walk over. I saw Erin move faster, dashing down the netting to her brother’s aid.

I approached, below, to get a closer look at this perfect moment of cooperation. The attendant turned to me and asked, “Do you want me to go up and help him out? He’s getting a little stuck.” 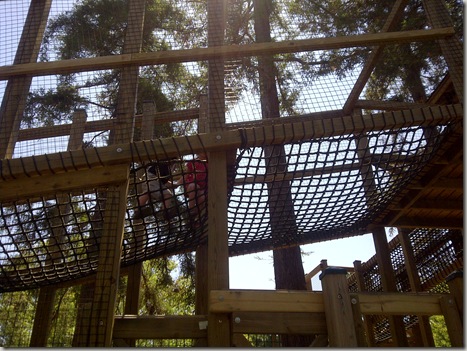 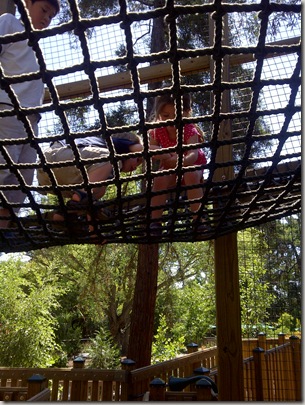 Erin took him by the hand and led him the rest of the way to the top.