If you are any kind of Buffy the Vampire Slayer fan, you probably know that Sarah Michelle Gellar wasn’t originally cast as Buffy: She landed the role of Cordelia Chase, the role Charisma Carpenter eventually secured (after herself auditioning for the part of Buffy). Things eventually turned out the way things do, and the result was the lineup we’re all familiar with (I’m just assuming you all love Buffy and you watch it every night like I do. That’s not weird. Is it? Emily is watching it too!)

What if Sarah Michelle Gellar hadn’t been Buffy? Moreover, what if the casting decisions for the entire show had been sucked into the Twilight Zone? You can never really trust Wikipedia, but if it’s anything close to accurate in this case, we might very well have seen this version of Buffy instead. 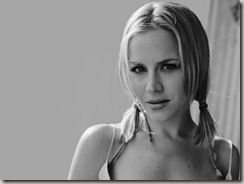 Julie Benz as Buffy: It’s hard to reconcile her spritely evilness as Darla, and broken sincerity as Rita in Dexter, with Buffy’s burdened innocence.

But…yeah, I would have watched this show.

Riff Regan as Willow: “What?” you might ask. But Alyson Hannigan was not even originally cast as Willow. In the unaired pilot, that role was played by Riff Regan, an actress with a regular role on “Sisters”.

I’ve seen the pilot, and Riff does a fine job as Willow. I don’t know if she could have pulled off Willow’s development in later seasons, but it’s not crazy that she was picked first. 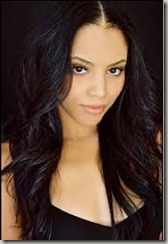 Bianca Lawson as Cordelia: Between Sarah Michelle Gellar landing the role, and Charisma Carpenter ending the search, Bianca Lawson auditioned for the part of Cordelia Chase.

Who is Bianca Lawson? Oh, maybe you didn’t recognize her without her Caribbean accent. That’s Kendra the Vampire Slayer.

The way she was made up in the Kendra role makes me think “No way could she have played Cordelia”, but the glamour shot to the left here makes me wonder. 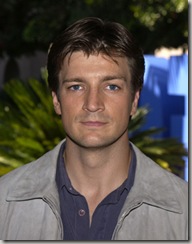 Nathan Fillion as Angel: I don’t know if I can believe him with anything other than an old-timey southern accent (Mal, Caleb), but since he’s actually Canadian I have to think those accents were affected.

In any event, he could not do a worse fake Irish accent than David Boreanaz did in the early seasons of Buffy. 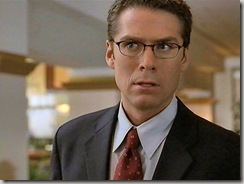 Alexis Denisof as Giles: Actually, I don’t know if Alexis ever auditioned for the role of Giles. But since his character, Wesley Windham Price, is basically Giles but a little younger, it’s not too difficult to see him in the role. 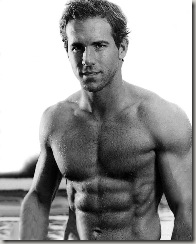 Ryan Reynolds as Xander: The second Canadian actor with a giant career who might have been in the original Buffy cast, I wonder if Ryan wishes he’d gotten the part.

I’m sure Buffy fans are perfectly happy with the way the show eventually turned out.

(Editor’s Note: I’ve decided I’m going to be a little more unrestrained about the nerdy/geeky things I like, and share or talk about them here. I never shut up about them on Twitter anyway.)