In June (two months ago…I am very good at putting off blogging about things) I was invited to Chicago to participate in the Craftsman Blogger Summit. Basically, bloggers like me with little or no home improvement savvy, were coached through the use of a selection of Crafstman products by some home improvement/DIY bloggers who knew what the hell they were doing.

And me. All I knew how to do was rock the safety glasses. 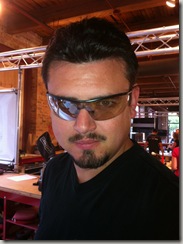 Over the course of the day, however, I learned how to build a sawhorse… 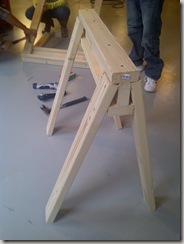 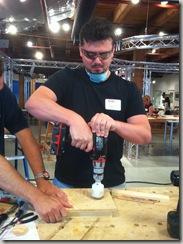 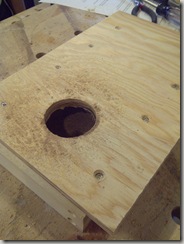 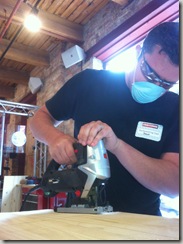 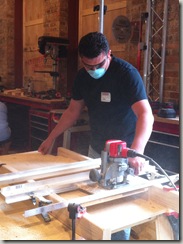 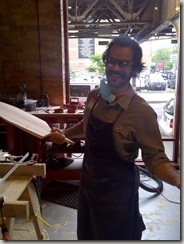 (Not pictured in the picture above: me. That’s Mike Senese, host of a few Discovery Channel shows and all-around nice guy.)

The Craftsman Experience video crew captured the end-of-day build-off between Mike and Timothy Dahl, charged to build the better mailbox.

My favourite part of the day was making “+1 Ogre-slaying knives” with Holly Conrad, most excellent cosplay costumer and designer (and my total nerd-crush). Here she talks about it with the Craftsman Experience video crew. 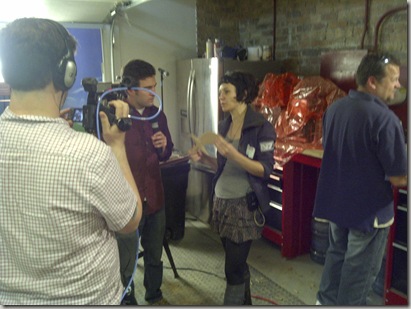 And Holly shot a video of her own about the day:

Many thanks to Craftsman for flying me out, putting me up, and sending me home with some tools I kinda-sorta-maybe know how to use a bit better now. And also for the Ogre-slaying knife.

(Oh hey! While we were there, the bloggers learned about a new web-series Craftsman was doing called “Screw’d”, in which a novice tool-user had to become an expert in a very short period of time, undergoing several DIY challenges along the way. It has now begun airing at the Craftsman Facebook Page and you can follow poor Alan’s misadventures at http://www.craftsmanscrewd.com/.)