There’s a thing, that, for some reason people are doing everywhere: Planking. They take a picture of themselves doing a plank pose on or over something, and usually it’s the thing being planked on that is interesting. A famous landmark, a recognizable object, a celebrity (George Takei got planked). I don’t know why people do this.

We went to Pier 39 and Fisherman’s Wharf yesterday, and while I could post picture after picture of the things we did and the people we were with, I instead leave you with this.

Here’s Erin, planking on this thing, whatever it is (some kind of mooring? Is that a word?) with Alcatraz in the background. 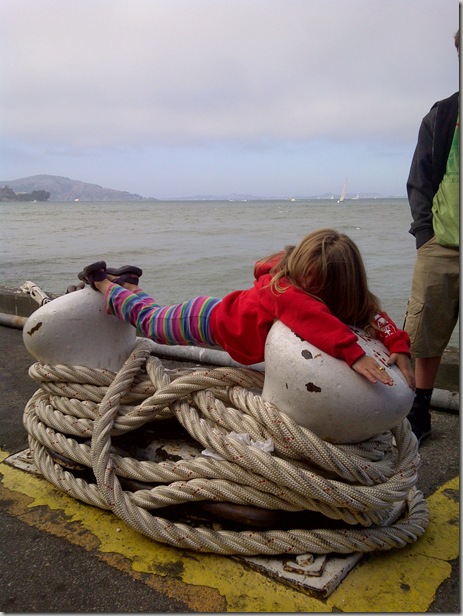 And here’s my new favourite Backpacking Dad picture. I don’t know what the big deal is about planking. It’s pretty easy to do. 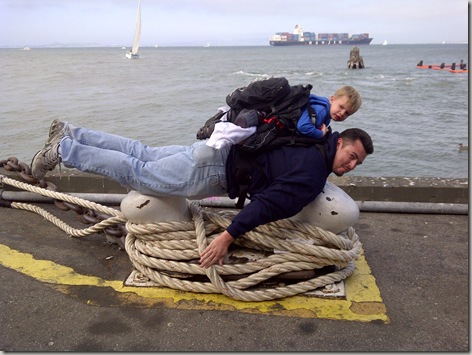 Let’s go plank on everything!