We’re playing at the Sacramento Children’s Museum at the moment. It’s in an office building east of downtown. There’s a good mix of kinetic/science play and situational/costume stuff. They also have an art room and a water play area.

It’s smaller even than just the ground floor of the San Jose Children’s Discovery Museum, and is barely larger than the free Junior Museum and Zoo in Palo Alto (and doesn’t have a zoo). But the PA JMZ has a foundation of rich supporters keeping its doors open, while the SCM seems most closely associated with the local public works agency, so they have to charge the $7 entrance fee.

Looking around at the stations makes me want to be more creative, because I know I could build so much of it so easily.

Silicon Valley Garage Children’s Museum, anyone? I won’t even charge admission. Time to buy some golf balls and PVC pipe. 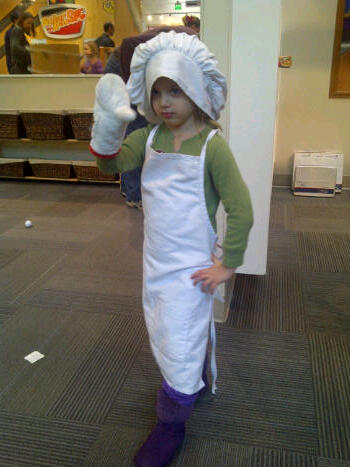