I took a picture at the park last week that I really, really like. I’m not a photographer, but I’ve tried pretty hard to learn how to use a point-and-shoot camera as well as I can because that’s all I have, and I want my pictures to look good. The fewer pictures I see at the end of a day that I don’t want to keep, the better. This picture just struck me as a keeper. 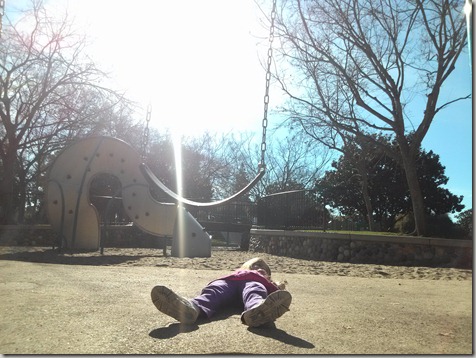 But…it’s not really a great picture, as pictures go. It’s probably about as good as I could have made it, naturally, in the conditions I was in and with the camera I was using (my smartphone camera, because that’s all I use now). Seeing it, and knowing it could have been so much better if I was better at this, or if I had a better camera (and knew how to use it), or if I had some fancy post-production software (and knew how to use it), bummed me out.

But Adobe just released a beta version of Lightroom 4, and it’s free to use for people with Adobe accounts (I have one because I use Acrobat) until the end of March. I downloaded it (it took a long time, because the file is huge), and imported my library to get to work.

The controls were easy enough for someone like me, who doesn’t know jack about jack, to just go in and start messing with sliders and buttons until after about ten minutes I ended up with this: 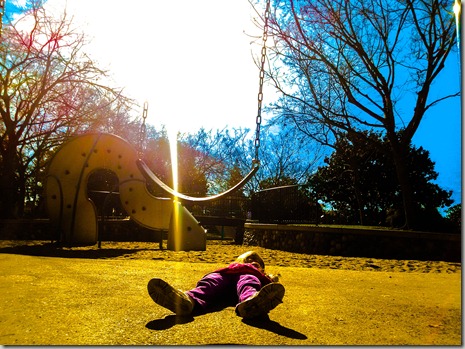 I like this picture a lot better. It looks more like the image in my mind, even if it isn’t as faithful a reproduction of the actual light in the actual world at that actual moment.

I don’t know if I’ll buy Lightroom 4 when the beta license runs out in March, but I already like it more than the native Picasa editor I’ve been playing around with. And I tried GIMP once but it scared the crap out of me. I’m going to play with Lightroom for a bit.

(Editor’s Note: This is not a sponsored post. Lotus linked to the release on Google+ and I checked it out. I trust her about photography things.)