I poured your cereal today, my little four, though you’ve been pouring your own for a while now.

I spread the peanut butter on your bread at lunch, though this is a favourite trick of yours.

I pushed you on the swings today, though you often pump higher than I push.

I read to you tonight, my four, though you’ve begun to read to me instead.

But you outgrow yourself, second by second. You outpace me, day by day. You leap to greet mornings; you race to everywhere.

I added training wheels, to make four, my little four. I get to keep that much of you, my four. Slow down, wobble, get right, get straight, get strong.

Tonight I say goodbye to you, my four, my little four. Tomorrow I’ll go riding with my five. 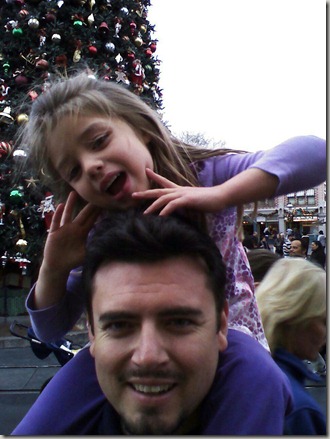