Here are four things I wrote that you may not have read because you don’t read all the things I write even though I write them for you to read.

First, I learn how to get my kids to deal with dessert in a way that one commenter described as “similar to an eating disorder treatment”. I think that’s an endorsement, but I’m not sure.

Second, I highly recommend ignoring your kids, particularly when, but not limited to times when, you want to finish a mission in Mass Effect. It’s also good for some developmental things, I think, but that’s not as important as stopping a Rachni invasion.

Third, I never thought describing how my daughter decided she wanted to invite her whole class to her birthday party would raise the hackles of the Internet, but apparently people like to see controversy and side-choosing where there isn’t any. Although there totally was here. I completely side with inviting all the kids in the class if that’s what your kid wants and that’s something you’re comfortable with and none of them are Rachni.

And last: Although you didn’t realize it, I’ve been eavesdropping on your kids. They say some pretty messed up things.

So, while you’re all off reading those, I’ll be here, writing more stuff you won’t read. It’s a good thing I like to hear myself talk. And that blogging is the easiest job anyone could ever have. 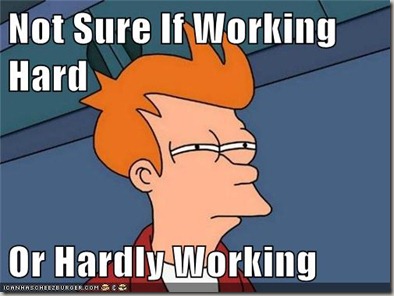