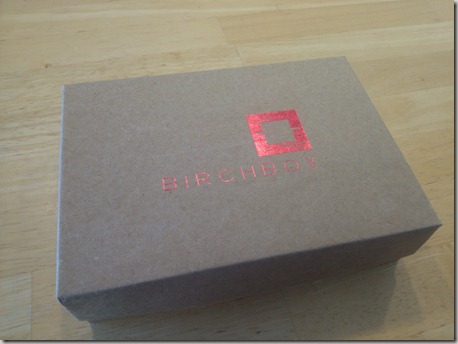 Emily gets those Birchbox packages in the mail. They’re full of lotions and fragrances and things like that. They come in durable cardboard boxes. We have lots of them, accumulating in a pile in our craft area. 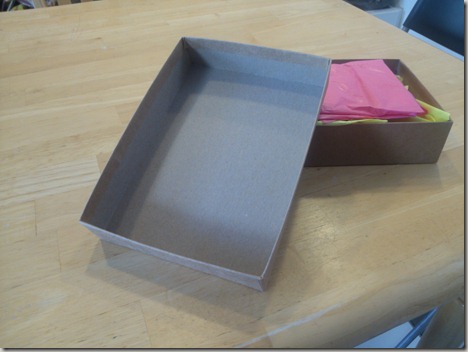 Adrian and I were playing with some of his cars today, and I decided that he needed some ramps to do some cool jumps. Looking around the craft area for something that could serve as a ramp, I saw the Birchbox boxes. Perfect. 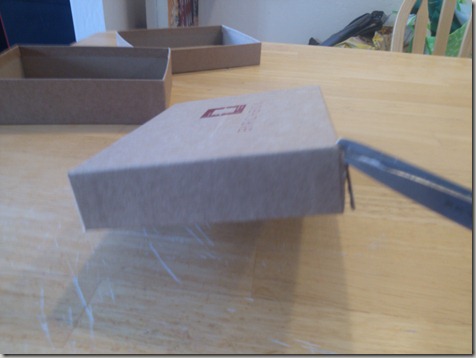 First, I clipped the corners at one end of the box top. 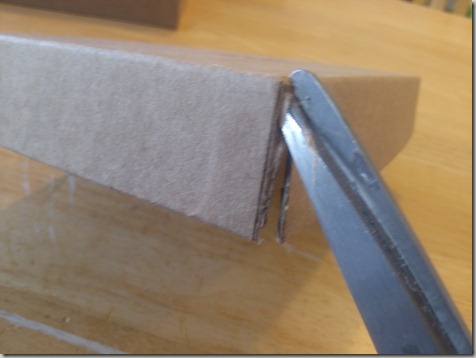 Then I cut along the sides to the other end.

I folded the end up and trimmed it off, above the crease so there would be no bumps on my awesome new ramp.

Because the cardboard was so stiff, the ramp would not stay folded down at an angle on its own. It wanted to retain its boxy right-angle instead of touching the floor. I had to figure out a way to pin the ramp down. So I cut some channels at a shallow angle along the sides of the box. 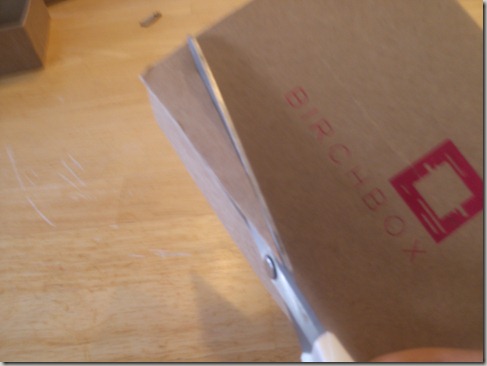 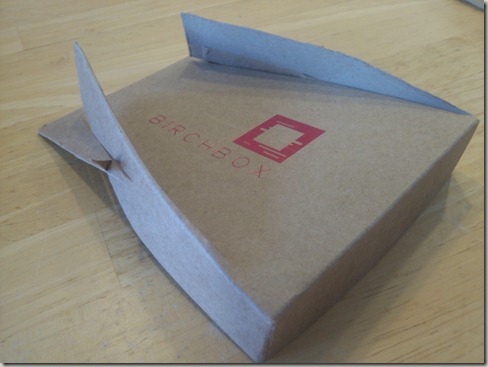 Then I repeated these steps with the other half of the box. Bam! Sweet new ramps for cars. 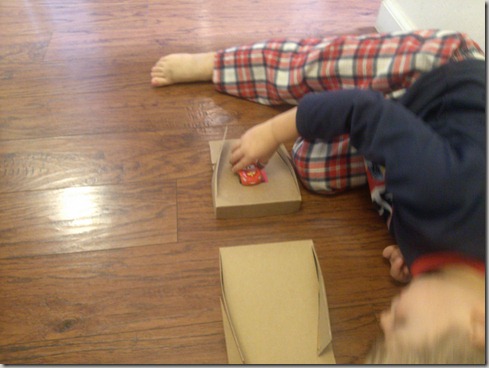