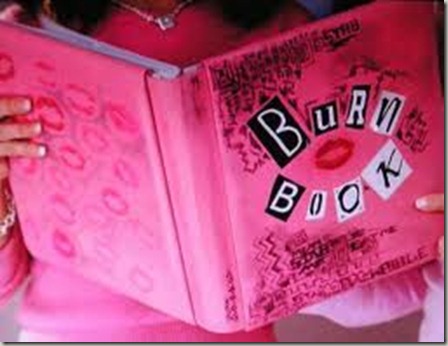 On one day each week, Erin’s kindergarten has an early dismissal, right around lunchtime. This is also a day I keep Adrian home from preschool, so I meet Erin at her classroom with Adrian, a lunch, and a picnic blanket, and we hang out and eat lunch next to the playground. Erin and Adrian will dash around, playing, then orbit back for some more food. Other parents are there with their own picnic blankets, their own lunches, their own children. Since the entire school lets out early, kids from many different classes end up on the playground together, and parents from many different classrooms end up on the grass.

As Erin flitted around, climbing ropes and swinging on monkey bars, I sat with Adrian on our blanket and ate lunch. Just off to my left sat a group of three moms, friends or good acquaintances, who were talking about their classroom dynamics. I wasn’t trying to pay attention, but I also wasn’t trying not to pay attention, so bits and pieces slipped by. Allow me to paraphrase:

Mom 1: “I just can’t handle some of the kids in the first grade class.”

Mom 2: “Oh, I know. Why did that classroom get stuck with all the bad ones?”

Mom 3: “Yeah, your class really did get most of them.”

Mom 1: “When the list was posted, another mom came up to me and thanked me for having one of the only two normal kids in the class.”

Mom 2: “I think it will get better. I think half of them are on Ritalin now.”

Mom 3: “We need to figure out how to get Melissa’s kid in the school. She’s on the waitlist. She’s great.”

Mom 1: “Why can’t we just kick out five or six kindergartners? Then there would be room.”

Mom 1: “Oh, nevermind. They’re over there, throwing sand in each other’s eyes.”

Gossip happens. Apparently it happens enough about the kids at this school, though, that someone felt the need to send out a cautionary e-mail about it a few weeks ago, reminding parents that their snapshots of children in the classroom were not fair samples, and to charitably refrain from forming snap judgments about the children with whom their precious pets would be associating.

But apparently the e-mail was written in a spirit that has a solid foundation. I met the gossipy parents today, though “met” isn’t quite accurate. I was less perplexed by the fact of their gossip itself than I was at their brazenness. They weren’t out to coffee, or at someone’s house. They were sitting on a playground with the parents of other children who go to their school, and they were carving the world up into their good and bad camps, the normies and the Ritalin-heads, the desirables and the un-. They cared so little for who overheard them that were speaking freely in front of me. Someone who, as it turns out, is close friends with another parent with a child in the first grade; I am also the parent of a kindergartner, a member of that faceless group they so easily excised to make room for their friend’s kid.

Why do people suck so badly?

3 thoughts on “When Parents Leave The Burn Book Out”