In January, 1999, Emily and I were married in California, then we flew across the country to spend our honeymoon at Disneyworld. Some couples go to Niagara Falls; some go to far-off, exotic places; some go to secluded spots. We had already set the tone for our marriage the year before, when I’d proposed at Disneyland. 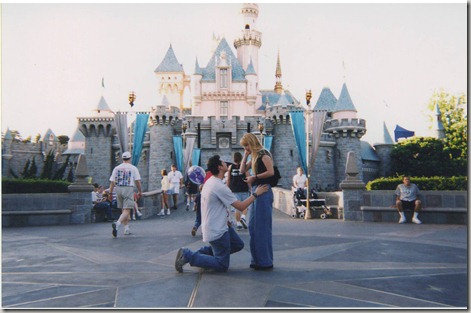 What does Disneyland mean to someone who had never thought to see it in his life? I was eighteen years old when I saw it for the first time. To a Canadian boy, Disneyland, like palm trees, ten-pin bowling, and fourth down, seemed like a television fable the Americans told each other. Emily took me to see it, this place in her childhood backyard. Emily gave me Disneyland.

When we were married, it was fitting and right that we spent our honeymoon in Disneyworld. 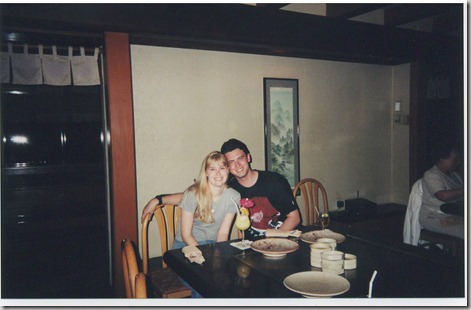 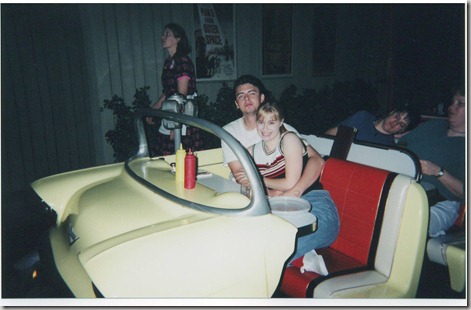 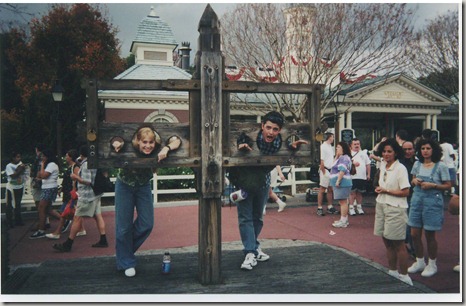 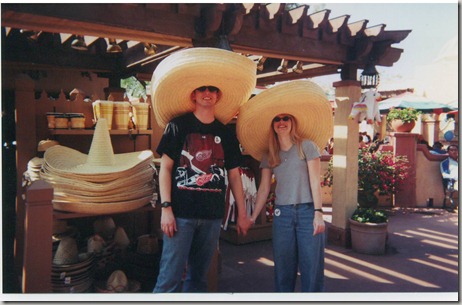 And now we’re back, with kids, when it seems as though were just kids ourselves. I don’t feel older; but I must be. Emily cut her hair; I grew my goatee back.

And they changed the giant sombreros at Epcot. 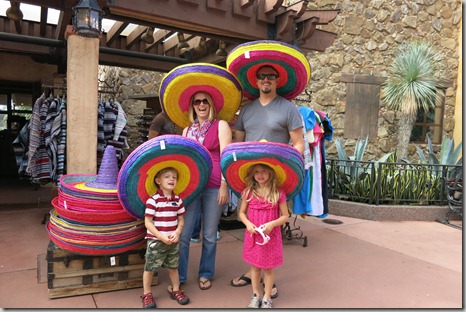 Greetings from Disneyworld. Wish you were here. 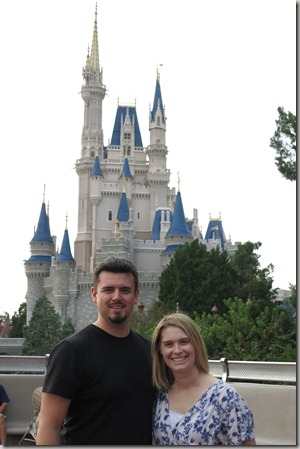 4 thoughts on “We Were Just Kids Ourselves”