A while ago, I, along with some other Bay Area (and beyond) parent and tech bloggers, went to meet with the NukoToys team in San Francisco. We were brought in as consultants for the new game they were developing, Monsterology. How do kids interact with technology? What are the worries parents have about exposing their kids to games, technology, and online socializing? How can having an active parent community online help or hinder the acceptance of the game? These were some of the questions the NukoToys team had, and the having of them inspired this invitation to bloggers.

After meeting with them, talking with them for hours, exploring the game, learning about the technology, and hearing about the plans for further games (either in development or in hopes and dreams), I had no reservations at all about joining the NukoToys “Parents at Play” team. 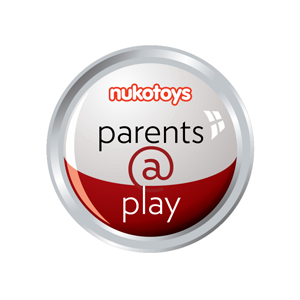 The Monsterology game is based on the series of “-ology” books that have been out for a while now: Wizardology, Dragonology, Monsterology, etc….These books are incredibly detailed encyclopedias of mythology and fantasy, with all sorts of little extras (pop outs, flips-ups, journals…they’re intense) and beautiful illustrations. 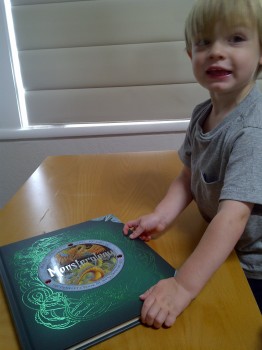 Adrian, back when I first learned about the books and games. He was so little! 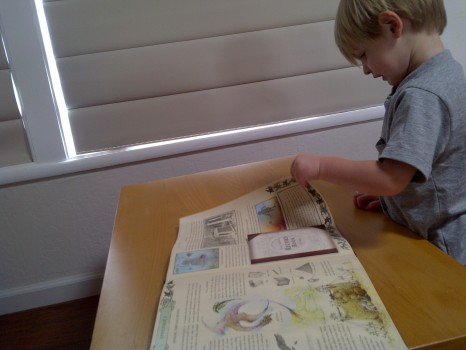 So, NukoToys has taken these books and designed a whole bunch of trading cards with various Monsters and Traps (to catch the monsters) to sell in stores. The cards are full of information themselves, and beautiful to look at.

For some people, that might be enough all on its own: “Hey, let’s to a Pokemon-style thing and sell trading cards, but base them on the Ology books.” Fine. And, in fact, one of the advisors for NukoToys is Peter Adkinson, the man behind Pokemon’s world domination and Magic: The Gathering. The cards are good at being what trading cards are for.

There is a game you can play just with the trading cards. Erin tried it out an event in the Fall. 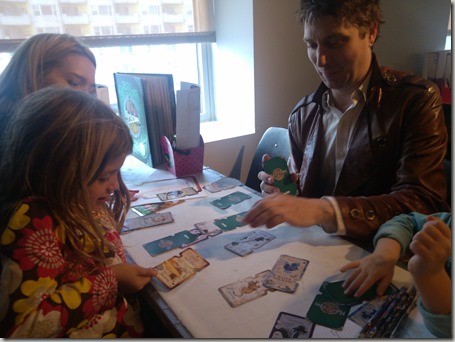 But NukoToys isn’t just making trading card games: They’re making mobile games, something you can play on an iPad, iPod, or iPhone.

The game is a turn-based fantasy strategy game that has players capturing towers, out-maneuvering their opponent’s monsters to capture control points, towers, treasure chests. There are ten individual maps to play on, with graphics inspired by the books all linked from a central overmap that you play through in order to beat the game. 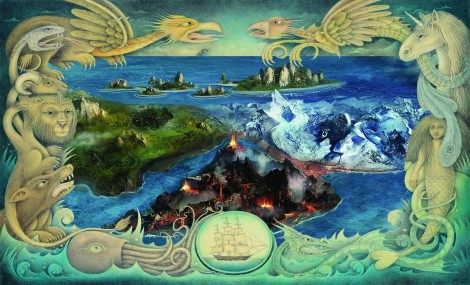 Fine. So it’s a turn-based strategy game that looks beautiful (and the game play itself is pretty awesome, but I am someone who plays games from 1993 on a laptop from 2006, so I may not be the best judge) and is based on the same books as the trading cards, featuring Monsters and Traps from the same line. What is different about it?

NukoToys has embedded the trading cards with chips that allow them to be tapped into the game. I mean that literally. You get a trading card, you tap your iPad, iPod, or iPhone, and that tells the game that you own that Monster or Trap, and inserts it into the game, into your arsenal/stable/collection.  This was jaw-dropping for me: The interaction of virtual and physical, the potential to expand into areas that will not just enhance the virtual world with physical objects, but also the physical world with virtual objects, blew my mind. I’m not even doing justice to the impact seeing this thing had on me. Since I first saw this demonstrated, there have been other games released that also take advantage of interactivity between real and virtual objects, but Nukotoys was the first I had ever seen.

Trading-wise, when you give the card to a friend, he gets the virtual item as well, so you are trading actually and virtually. You can buy packs of cards, or you can buy virtual cards in the game.

The team at NukoToys was thinking the target age range for this would be something like 9-13. I looked at this game and immediately thought “Oh my god, I’m about to spend a crapton of money on trading cards so I can play this.” 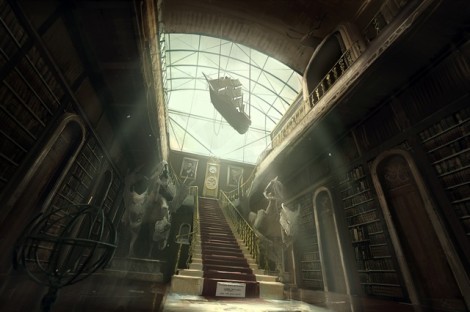 What I was utterly floored by was that Doug and Rodger (co-founders of NukoToys with some unbelievable experience) wanted to offer Monsterology, the game, for free. They want everyone to have the app on their iPad, obviously, and that will make the trading cards or in-game purchases the only cost. And they include a number of virtual cards with the app itself, so no one would ever need to spend money at all in order to play the game. The hope, of course, is that people will want to keep upgrading and collecting and trading, but I urged them both repeatedly to charge for the game itself. $0.99? Would you spent that much on a game with this much content and design behind it? I would. I’ve spent way more money on games that weren’t half as good (old-time PC gamer here, folks).

And I haven’t even mentioned the app they’ve developed for Animal Planet called “Wildlands”. It was this one, even more than the Monsterology game, that I thought I could see myself incorporating not just into my life, but my kids’ lives, even as young as they are (6 and 4). It was stunning, even in the bare-bones alpha version we caught a glimpse of. It’s even better now in its release.

You guide different animals (lions, warthogs, birds, hyenas…) through different terrain, learning about them, hunting with them, chasing other animals around, racing, even controlling the weather (if you get special weather cards). You can watch videos and read about the different animals or phenomena, all inspired by Animal Planet. You unlock different achievements in the Gamecenter by finishing different quests, and you unlock different types of terrain by acquiring new cards. The movement is not just touch-based, but also positioning-based: holding the device in a certain way will cause the animal to move differently (running, walking, standing still, turning). This is the game my young kids liked the best. It doesn’t hurt that you can “pet” the animals.

As you ponder all of this, of course you must remind yourself to take my words with a grain of “he has a material connection to NukoToys” grain of salt, because I totally do. I would not have spent all day doing consulting work with a bunch of other bloggers  for free, no matter who was leading the discussion (*cough* Karen Gruenberg, the former head of all-things Sesame Street *cough*). But the day was amazing, the people were amazing, the apps were amazing…it made me think I’m in the wrong line of work and the right line of work all at the same time. The wrong one, since I don’t get to participate in that level of discussion every day; the right one, since I got to participate in it at all.