We closed 2012, and began 2013, at Disneyland. This should surprise no one, but it was a surprise to the kids.

We rolled into town late on Saturday, and drove to Newport Beach for an evening with Emily’s uncle and his family. Sunday, after spending most of the day on errands and sleeping in, we got in the car to drive to the park. By then, just being in Orange County, at the hotel we usually book for these trips, had prompted the kids to ask if we could go to Disneyland, please. So when we drove into the Disneyland parking lot they were appropriately excited.

We spent the evening at Disney’s California Adventure, going on a few rides (Toy Story Midway Mania is probably my favourite ride there. It’s really just an excuse to play video games.) and freezing our butts off. It was cold. 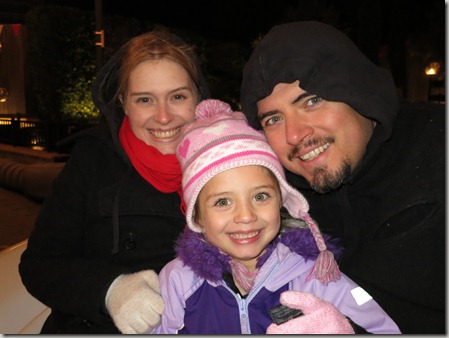 Fine. I went and bought gloves.

The kids got to wander around Cars Land while its Christmas decorations were still up. 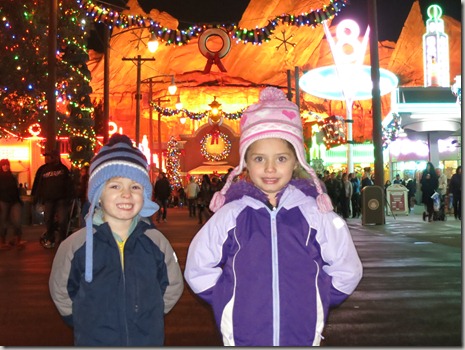 We decided that we weren’t going to be completely insane and go to Disneyland on New Year’s Eve. The crowds the night before had already been impressive. So it was back to Newport Beach with us, and this time we went on a boat!

Emily’s uncle is friends with someone who has a Boston Whaler, so we were able to take the kids out in the marina and into the open water a bit too.

Also? I got to drive a boat. Boat a boat. Steer a boat. Whatever the appropriate verb with respect to “boat” is. 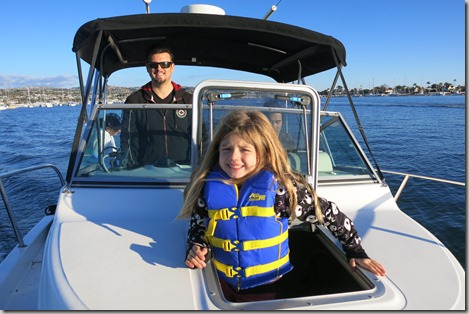 Erin, Adrian, and Emily got to passenge. 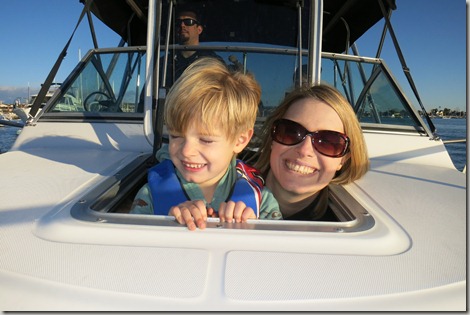 Since it was New Year’s Eve, and we are party people, we went back to the hotel and tore the place up. 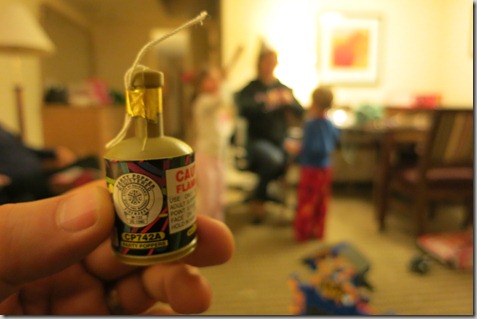 Well, we messed it up a little bit with some ribbon. But Erin made some pretty loud noises with this horn thing! 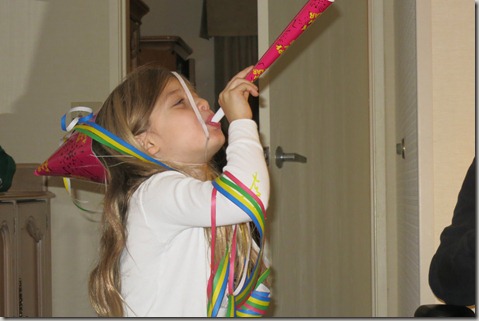 We actually celebrated New Year’s with the kids at around 9pm, then grandma babysat them in the room for a bit while Emily and I soaked 2012 away in the hot tub downstairs. We came back up, put the kids to bed, watched the ball drop at midnight, then went to sleep. It was pretty perfect.

New Year’s Day was our second Disneyland day. After much parking craziness (they funneled people to an offsite lot, then chartered buses to bring them in to deal with the huge crowd), we arrived and got some rides in before the Christmas Parade. 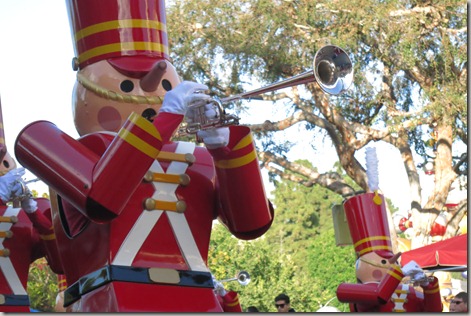 The best part about the park that day, though, was this: 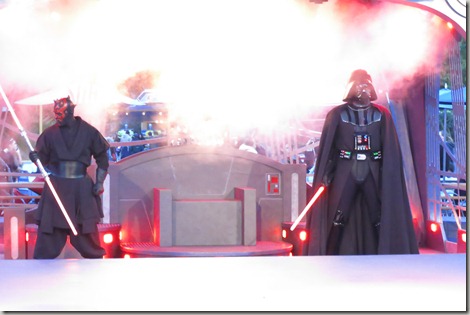 There is a Jedi Training Academy show in Tomorrowland a few times a day. Erin has seen it, and always asks us if she can do it. Usually we wander by just as the show is starting, so there’s no way she can participate. This time, though, thanks to grandma, we had a spot right up front in the kids’ waiting area. The kids are told to jump up and down and wave their arms at the Jedi Master, who picks a bunch of kids to come participate. Erin jumped up and down for an eternity (in kindergarten years), until there was only one spot left open, which went to Erin thanks to a nearby cast member who pointed her out to the Jedi.

Then, Erin completed her training. 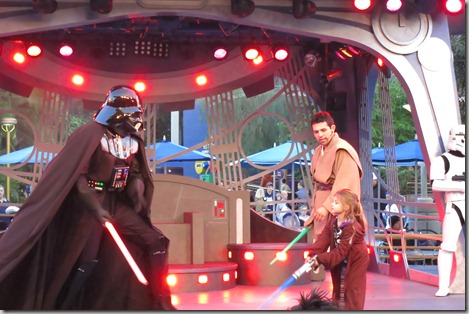 We went on some more rides, watched the parade again, and went back to the hotel. We drove home the next afternoon.

So, to sum up: Cold, Cars, Boat, Ball, Parade, Vader. That’s how Erin and Adrian rang in the new year.

1 thought on “Erin and Adrian Ring in the New Year”