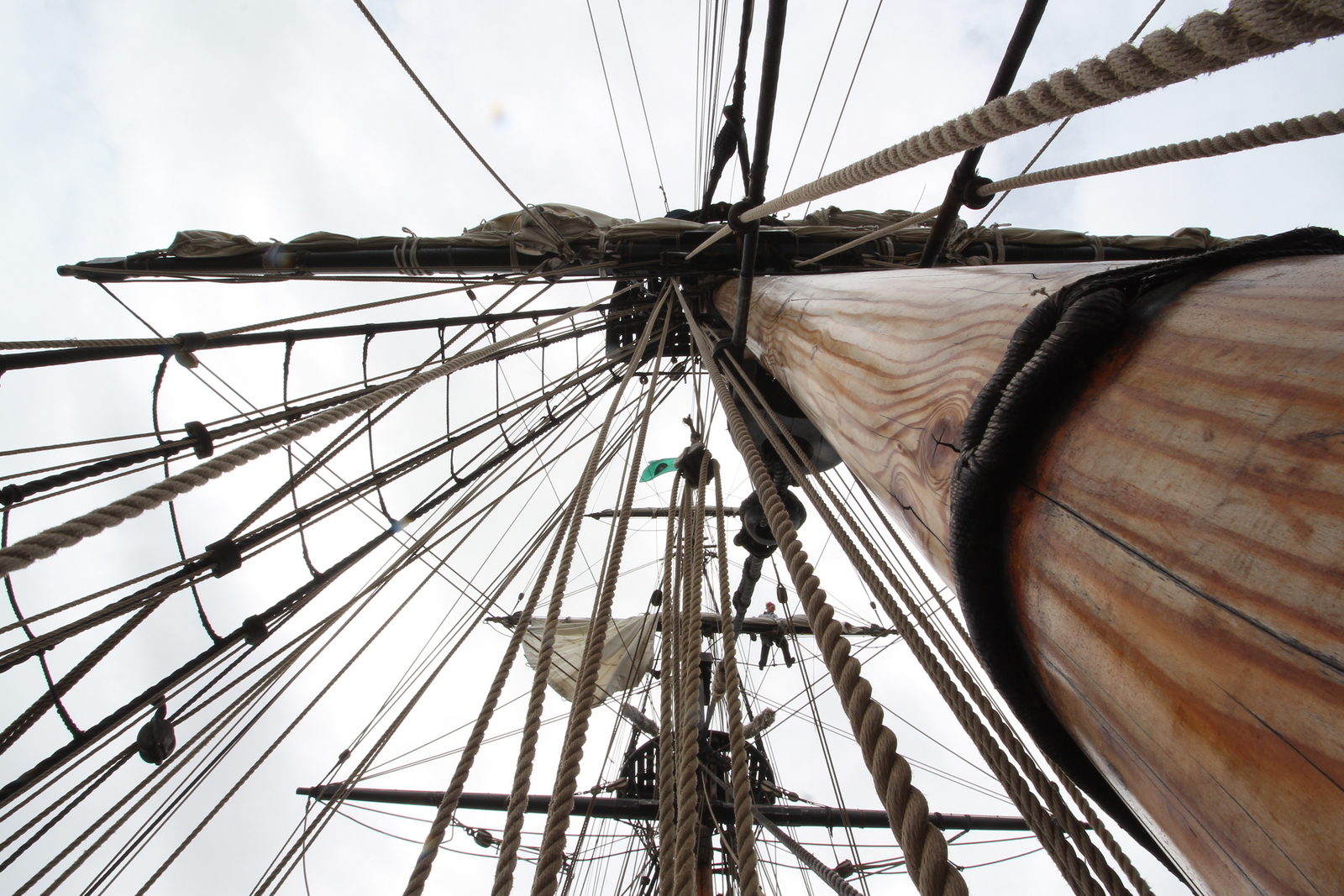 Gray Harbor Historical Seaport Authority has a couple of ships in town at the moment: The Lady Washington and the Hawaiian Chieftain. The Lady Washington is better known as the H.M.S. Interceptor from Pirates of the Caribbean: Curse of the Black Pearl. The organization hosts tours and does excursions on the old ships, and some of those excursions are mock sea battles.

This seemed, to us, to be a good way to spend a holiday afternoon. And we were not wrong. There were canons fired, ropes pulled, sails hoisted, rigging climbed, sea shanties sung, t-shirts sold, and complicated sailing maneuvers performed by the crew of our ship against the crew of the other. We were on the Lady Washington, since once the kids found out about the Pirates connection the Hawaiian Chieftain might as well have been made of poop, and not of the deck variety.

I already posted some pictures to Instagram, but since I took 500 and only posted 8, maybe you want to see some of the others. So here: I’ve curated a special collection just for you.

Erin has already asked how old she needs to be in order to join the pirate circus.