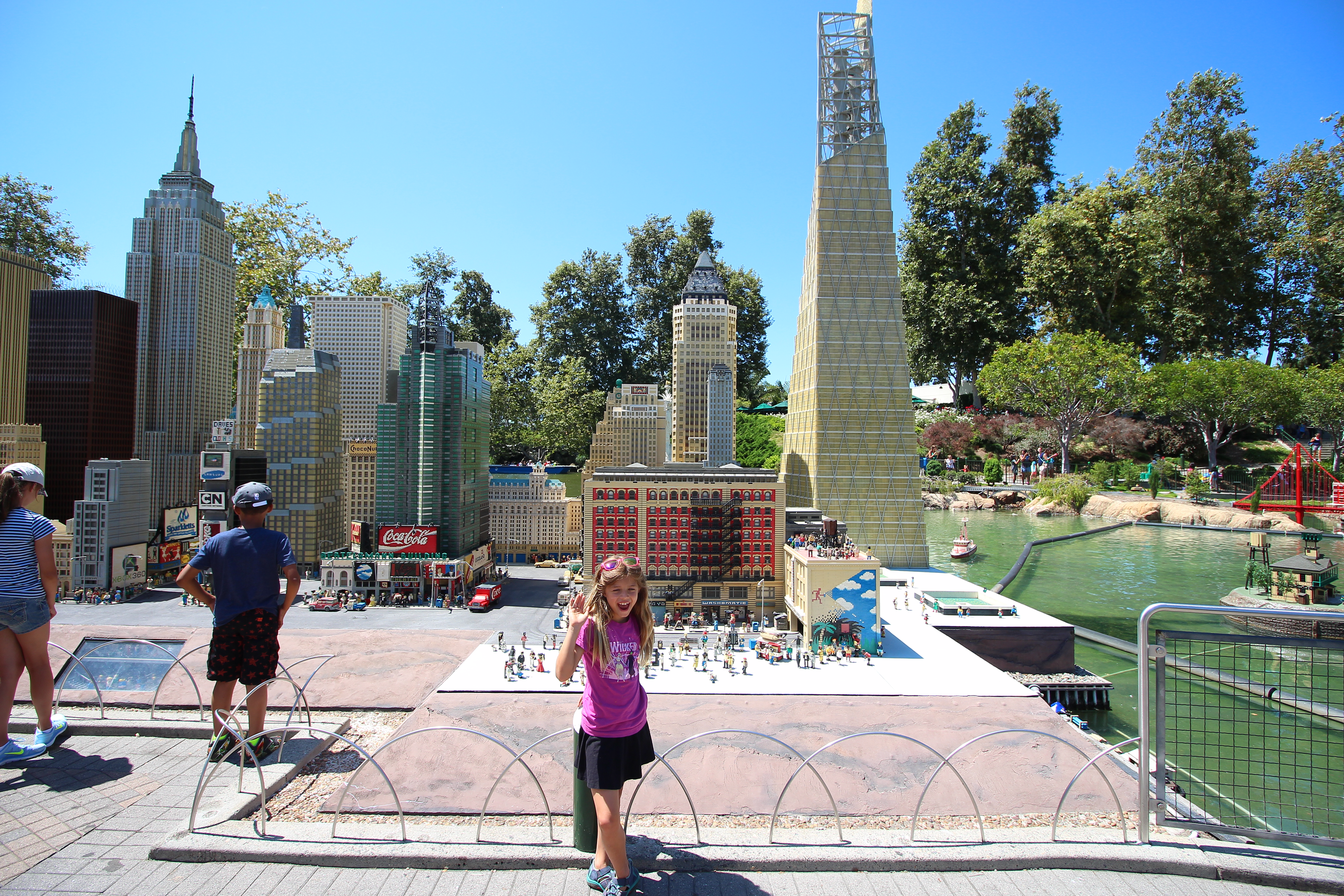 We brought the kids to southern California for the last week of summer. Although we don’t usually make it any further south than Disneyland, we decided to use this time to go to San Diego. Emily and I lived there for many years before the kids were born, but Erin and Adrian have only been down a couple of times, and they have almost no memories of those trips.

We left home late on Saturday, driving almost straight through while the kids, eventually, slept in the back seat. Because she’s the best, Emily drove the whole way. We finally arrived some time after midnight, then slept for a long time.

After waking up in the morning and realizing I hadn’t packed any shirts for Adrian, I took the kids to a nearby Target to pick out a few. Because I’m the best, I let Emily sleep the whole time.

We spent the rest of the day at the beach in Oceanside, swimming, burying kids in the sand (our kids, not kids who happened to walk by), boogie-boarding, and eating the best tacos we’ve had in years. Sorry NorCal, tacos at the beach are better than anything from a food truck. We walked down to the pier and got some ice cream and gelato. The ice cream vendor had MAPLE WALNUT ice cream. I’ve looked in every ice cream shop in California and have never seen maple walnut ice cream out here. I had given up ever encountering my favourite ice cream flavour outside of the St. Lawrence River valley. But then, this miraculous ice cream vendor at the pier in Oceanside! Whence this cone of wonder, Ice Cream Man? “Oh, my brother makes it all. He’s from Upstate New York.” Please send me all of your maple walnut ice cream.

We spent the evening visiting family in town (after rinsing the ocean off our surf-beaten bodies). I ate a lot of spaghetti and watched the kids play with cousins they haven’t seen for years (and so have no memories of) with that kind of instantaneous bonding family creates: Wii games, basketball, scooters; sitting at the kids’ table and giggling all through dinner; bonding over musical instruments and scooping their own ice cream. Emily’s mom came down too, since she wasn’t too far away, so it was family all over the place. (My side of the family was inadequately, but tastily, represented by the maple walnut ice cream I’d had earlier.)

After sleeping a goodly while again, we woke up and went to LEGOLand. This park was built while Emily and I lived in San Diego, but we never went there because we didn’t have kids. And after the kids were born they were either too young when we came to San Diego, or we didn’t think it would be worth a trip down for its own sake, or we got distracted by Disneyland (we are always distracted by Disneyland). Right now the kids seem to be the right age, and we were making the right trip anyway, so we tried it out.

It’s not Disneyland, but it involves more creativity and detail than a Six Flags. A lot of the rides are unique, and the LEGO displays are amazing.

Tomorrow, we are going to the San Diego Zoo, then we leave San Diego. We have somewhere to go before the summer is over and the kids are back in school.