This is Part 5 in a series of stories (and tips) from our most recent road trip. Read Part 1, on the Calico Ghost Town, here, Part 2, on Las Vegas, here, Part 3, on Flagstaff, here, and Part 4, on the Grand Canyon, here.

We drove down from the mountains as the sun was setting, and made it to Phoenix before bedtime. Having been on the road for a few days, and with Phoenix being the midpoint of our trip (and a respite with family after much touristing), we took the opportunity to stock up on road trip/hotel supplies.

TRAVELING WITH KIDS TIP #13: Don’t overbuy. Unless you are going out into the desert for a week, there is probably going to be a Target somewhere on your route. Plan a mid-trip resupply instead of stuffing the car full of things you don’t need to be carting around with you. Also, a trip to the store in the middle of a road trip gives the kids a little anchor to the world. If your kids aren’t comfortable being away from home, then, as much as I hate to admit it, a place like Target is a little touch of familiar for them. It adds to the normal.

We dashed through a Target in Chandler (our “Phoenix” stop was really a “Chandler” stop, which probably means something to people in Arizona, but for convenience I’ve just been calling this part “Phoenix”. Sorry, Chandler.”) 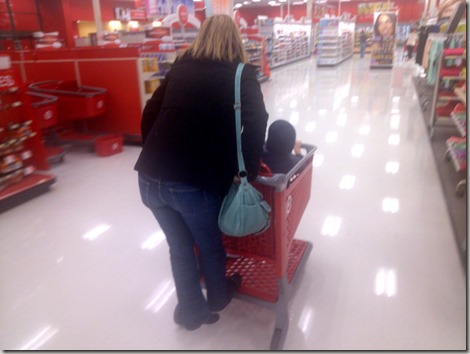 After crashing hard at our hotel (another corporate-y place with full breakfast; this one also had a little kitchen in the room, which we would make use of over the next few days), we awoke and went to do what the locals in Chandler do at 9am: We went to a make-your-own pizza party at Peter Piper’s Pizza.

It was like a Chuck E. Cheese’s, with games and mouse warrens running along the walls. Our cousin, whom we were in town to visit, invited us along to her daughter’s daycare party. I don’t think kids are usually just allowed in the kitchen.

And that’s how we found ourselves baking and eating pizza in the morning, in between air hockey games. 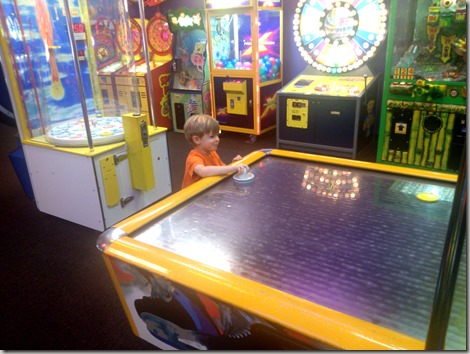 In the afternoon we joined our cousin (Emily’s cousin) and her kids (Erin and Adrian’s second cousins, for those keeping score) back at their house. We wandered over to a playground in the development, which has a duck pond just off to the side. After getting bored with the playground, the kids explored the duck pond. We watched as Erin, ever the daredevil, got closer and closer to the edge of the grass. We told her if she got too close, she would fall in.

And then, because I’m like this, I kind of hoped she would fall in. She’s a good swimmer, and it was warm, and the water wasn’t deep or dangerous. So I felt like if anything was going to impart a little caution to her it would be to suffer the consequences of her own daring.

My wish was granted. I’m probably a bad father for enjoying it so much. 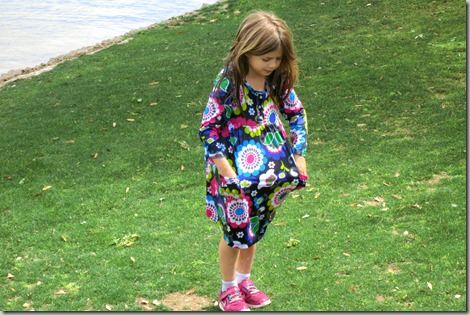 Erin fell in the water, spun around, and clambered out again. She wasn’t upset, really. Shocked, yes. Very soaked. But she was very matter-of-fact about her escapade.

TRAVELING WITH KIDS TIP #14: Have a day bag handy with changes of clothes for the kids. You might think to yourself: “Of course they have a change of clothes! I brought a whole suitcase, didn’t I?” But those clothes don’t do any good back at the hotel, and you might be in unfamiliar territory when you need them.

We went back to our cousin’s house and Erin got cleaned up and changed. Adrian entertained himself by being a suburban scooter kid. 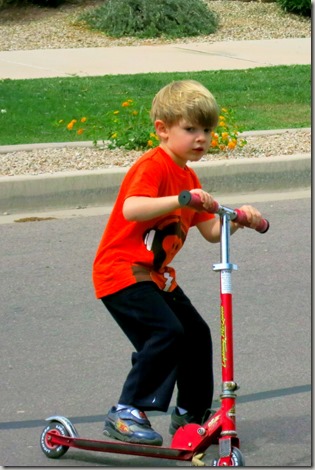 We spent the next day at the Children’s Museum of Phoenix. The first thing we did was sit around while Adrian made a little friend, and they bonded over said friend’s Octonaut toys. 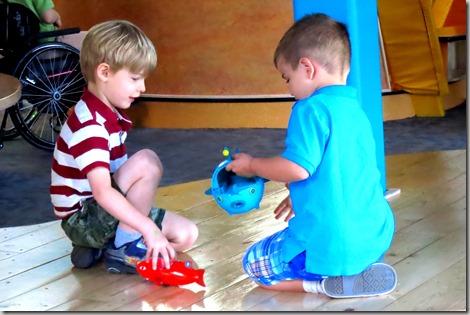 Then we explored the museum. Adrian did some painting with his cousin. 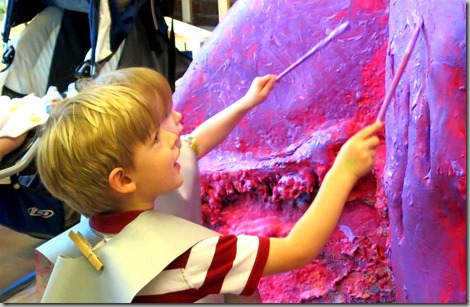 And he did some crafting with his mom. 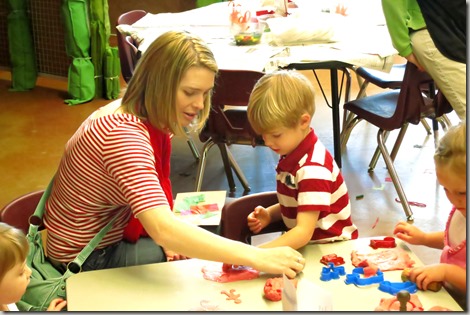 And he rode a tricylce around and through a tunnel set up like a carwash. 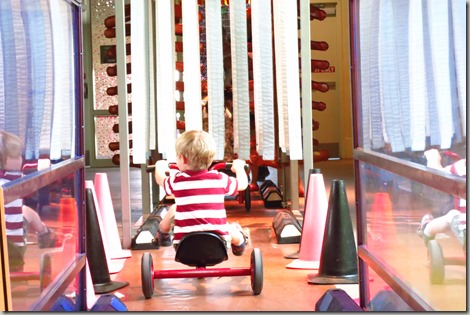 The kids ran through foam jungles and played in sized-down supermarkets and played with sand on light tables and slot cars and all manner else of children’s things.

And Erin tried to grow up. No motorcycles for you yet, kid. 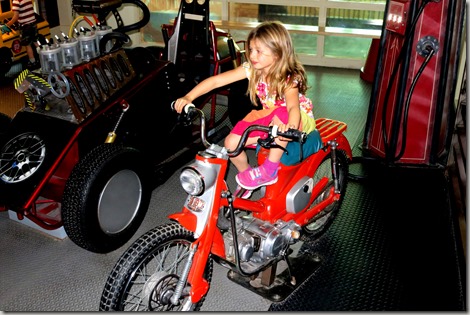 Later that night, not really knowing what else to do for dinner, we went back to Peter Piper’s Pizza. Not the same one. Apparently, it’s a chain.

We headed west on the 10 out of Phoenix the next morning, and almost immediately hit traffic. Was it all the hipsters driving to Coachella? 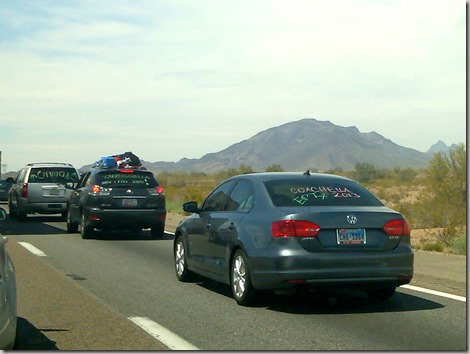 No. About forty miles outside of Phoenix, a Fed Ex truck full of Zappos shoe boxes had been opened like a can of sardines by another truck. It was a sight. More impressive than the Grand Canyon, in some respects. 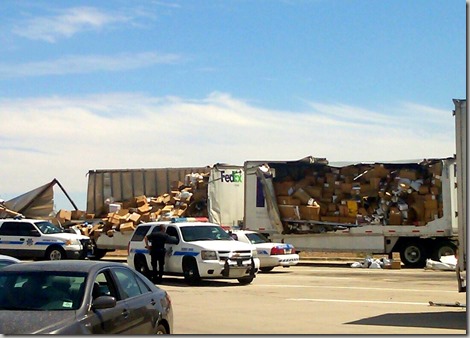 We burned a lot of time sitting in that traffic, but we didn’t really have a place to be. We could take advantage of the little stops along the way. For instance, once we hit California after lunch, we stopped at Cabazon to see the dinosaurs. 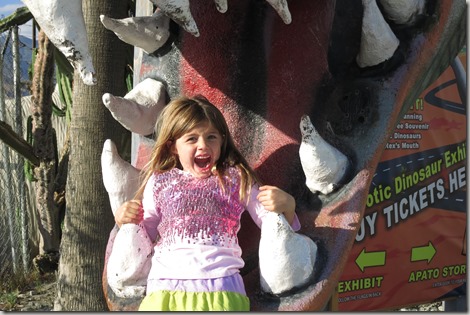 It’s the weirdest sort of road side attraction, and exactly what you need on a road trip: Dinosaurs, for no reason. 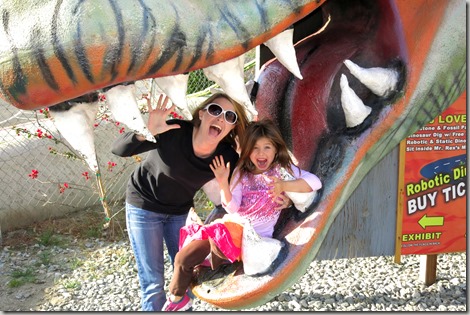 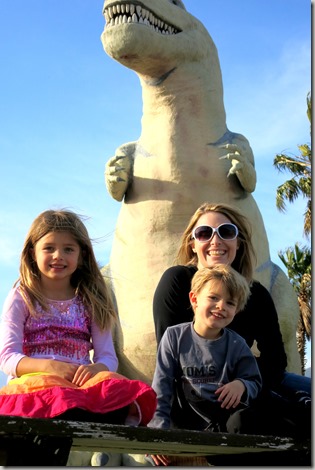 We were finally back in California, but our trip was not over. Next up, the icing on the cake: Disneyland.